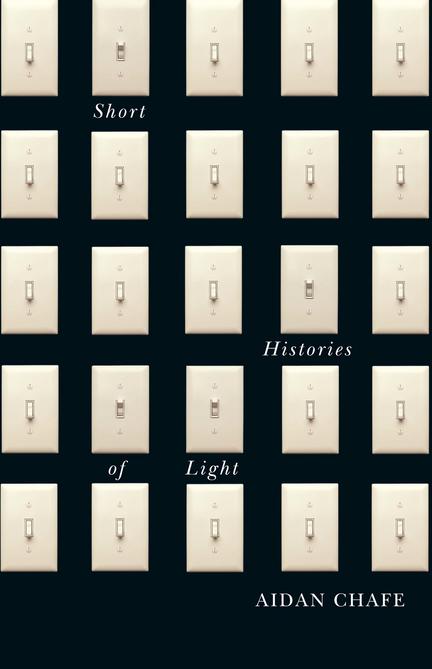 In his debut collection, Short Histories of Light, Aidan Chafe recounts his Catholic upbringing in a household dealing with the common but too often taboo subject of mental illness.

In unflinching fashion, Chafe reveals the unintended disasters that follow those who struggle with depression and the frustration of loved ones left to pick up the pieces. Other sections of the book shine a light on the wounds inflicted by systems of patriarchy, particularly organized religion, and the caustic nature of humanity. Imagery and metaphor illuminate Chafe’s writing in a range of poetic forms, both modern and traditional. A boy stares helplessly through the walls of the family home, watches “filaments in glass skulls buzzing.” A father’s birthmark is described as a “scarlet letter.” Grandma is portrayed as a “forgotten girl on a Ferris wheel of feelings.”

Vivid and haunting, at once tender and terse, Short Histories of Light captures what it feels like to be a short circuit in a world of darkness.

Aidan Chafe is the author of Short Histories of Light, which was nominated for the Gerald Lampert Memorial Award. He has also published two chapbooks, Right Hand Hymns and Sharpest Tooth. His poems and reviews have appeared in journals including Arc, CV2, PRISM international, EVENT, and Vallum. He lives on the ancestral unceded homelands of the Coast Salish peoples (Burnaby, BC).

Other titles by Aidan Chafe