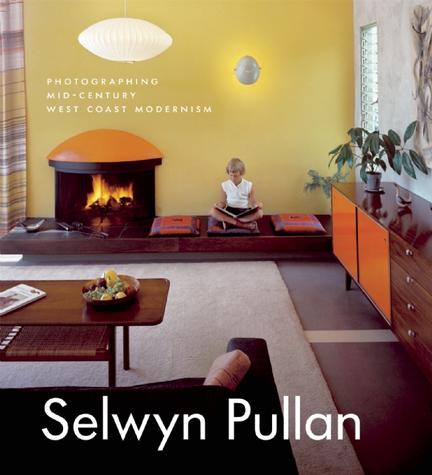 The stark beauty of an iconic architectural movement is captured in this rare collection of stunning images.

As an emerging photographer in the 1950s and '60s, Selwyn Pullan played an important role in popularizing the new style of West Coast modernist architecture.

His photographs capturing Vancouver's rapidly changing urban landscape appeared regularly in magazines and architectural journals, and helped tout the bold, dramatic architectural ideas thriving on the West Coast. Pullan became known for his ability to contextualize the work of architects through unique composition and tonal range.

He photographed projects for B.C.'s leading architects of the era, including Ron Thom, Fred Hollingsworth, C.E Pratt, Arthur Erickson and Barry Downs. Today, as Vancouver's architectural landscape changes again, his photographs are all that remain of many of these projects, now demolished or altered beyond recognition. His archive forms a crucial record of a definitive architectural movement. Selwyn Pullan is the first full-length book dedicated to his compelling photographs. An extensive retrospective with beautifully reproduced images, this book's illuminating texts also put the artist in historical and cultural context.

Kiriko Watanabe is the assistant curator at the West Vancouver Museum and co-curated an exhibition of Selwyn Pullan’s photographs for the museum.

Adele Weder is an architectural writer, curator and cultural journalist whose work has been published in design journals and anthologies across North America. She lives in Vancouver and Haida Gwaii, British Columbia.

Award-winning heritage consultant, author and editor Donald Luxton is a founding director of the Heritage Vancouver Society, the Victoria Heritage Foundation and the Canadian Art Deco Society. He has also served on the Board of Directors of the Vancouver Heritage Conservation Foundation. Luxton has been practicing in the field of heritage conservation since 1983. His heritage consulting firm, Donald Luxton & Associates, has carried out numerous municipal planning projects, heritage inventories and the restoration of public buildings throughout British Columbia, Alberta and the Yukon. Luxton has also been active in the field of public education through the teaching of heritage conservation courses for both general interest and university credit. He teaches in the School of Construction and the Environment at the British Columbia Institute of Technology.

Barry Downs is a longtime associate of Selwyn Pullan. Downs is a recipient of many architectural awards, including the Massey Medal, and has served on Vancouver’s heritage and civic design panels for over four decades.

"Smartly written and beautifully designed... [The photographs] lucidly articulate what is most compelling and distinctive about cutting-edge residential, commercial and institutional structures built in the Vancouver area between the late 1940s and the mid-1970s. "

Other titles by Kiriko Watanabe

Other titles by Adele Weder

The Life of a Creative Modernist

Other titles by Donald Luxton

The Early Architects of British Columbia