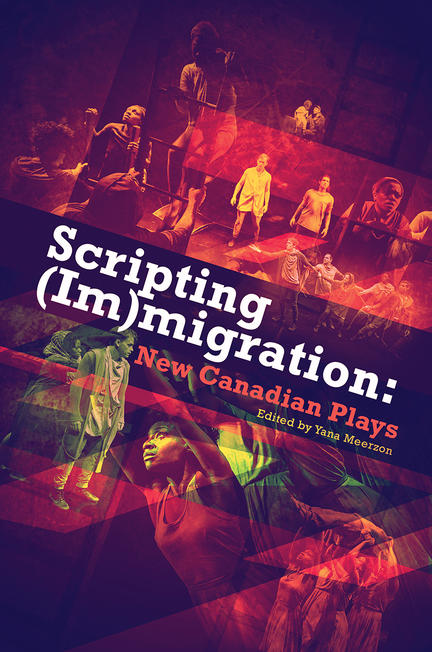 In this companion anthology to Theatre and (Im)migration, plays by immigrant artists take a look at communication, historic moments, the immigrant and refugee experiences in Canada, accents, and more.

In The Aeneid, the classic tale of searching for a new home is reimagined into an urgent modern-day refugee story. Settling Africville is a dedication to the African American refugees of the War of 1812 that settled in Nova Scotia. The Tashme Project, a documentary-style play, carefully pieces together the experiences of Japanese Canadians who were in the internment camps in the 1940s. Foreign Tongue represents the mark that accents place on immigrants. In My Name Is Dakhel Faraj, the true story of a refugee of the Iraq war is presented in English, American Sign Language, and Arabic. And "In Sundry Languages" is a collection of multilingual skits on immigrant experiences.

Professor Yana Meerzon teaches at the Department of Theatre, University of Ottawa. Her research interests are in drama and performance theory, theatre of exile and migration, and cultural and interdisciplinary studies. Her publications include A Path of the Character: Michael Chekhov’s Inspired Acting and Theatre Semiotics (2005) and Performing Exile, Performing Self: Drama, Theatre, Film (Palgrave 2012). She has also co-edited several collections, such as Performance, Exile and “America” (Palgrave 2009); Adapting Chekhov: The Text and Its Mutations (Routledge 2012); History, Memory, Performance (Palgrave 2015); The Routledge Companion to Michael Chekhov (2015); and a special issue of Theatre Research in Canada (Fall 2015) and Modern Drama (Fall 2018) on theatre and immigration. Currently, she is working on a new book project, provisionally entitled Being Cosmopolitan: Staging Subjectivity in the Age of Migration and Rising Nationalism.

Other titles by Yana Meerzon