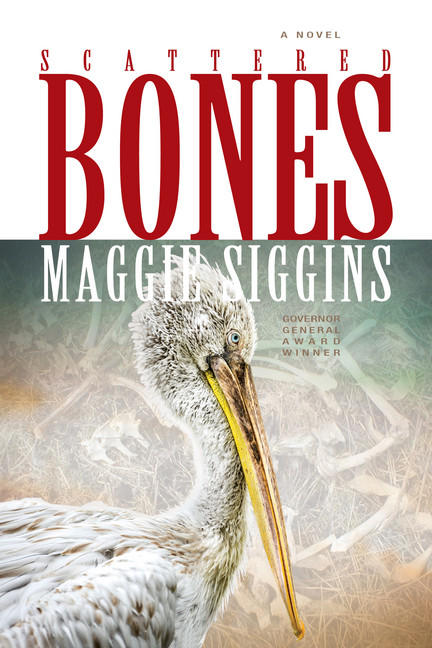 Scattered Bones is a story of the complicated, fragile and sometimes fatal relations between Indigenous people and settlers in Northern Saskatchewan in the 1920s. Aboriginal spiritual traditions are beginning to cross paths with the construction of a residential school, and ancient acts of violent vengeance are shaping the trajectory of events in the town 200 years later.

Based on historical events, Siggins creates a fictional version of the real-life Pelican Narrows, weaving a colorful tale resplendent with its own cavalcade of dynamic, diverse characters - from greedy merchants to the well-meaning but ineffectual clergy - whose stories play out against the backdrop of a visit from a condescending celebrity writer.

The conflicts between Aboriginals and settlers, Protestants and Catholics, young and old, traditional and progressive, material and spiritual, all shape life in the little Northern community. Ever eloquent, Siggins proves herself more than capable of creating compelling, thought-provoking fiction with Scattered Bones.

“Maggie Siggins is the author of twelve books including Canadian Tragedy: The Story of JoAnn and Colin Thatcher, which received an Arthur Ellis Award for crime writing and Revenge of the Land, which won a Governor General’s Award for Nonfiction. Riel: A Life of Revolution; In Her Own Time: A Cultural History of Women; and Bitter Embrace: White Society’s Assault on the Woodland Cree all won the City of Regina Best Book Award and were named a Globe and Mail Best Book of the Year. Canadian Tragedy and Revenge of the Land were made into four-hour miniseries broadcast on CBC and American networks.Maggie has also written-produced more than twenty documentaries for her company, Four Square Entertainment, of which she is vice-president, creative. Maggie lives in Toronto with her husband Gerald Sperling and two dogs.

Other titles by Maggie Siggins

A Life of Revolution

In Her Own Time

A Class Reunion Inspires a Cultural History of Women

In Her Own Time Tpb

Revenge of the Land

A Century of Greed, Tragedy, and Murder on a Saskatchewan Farm