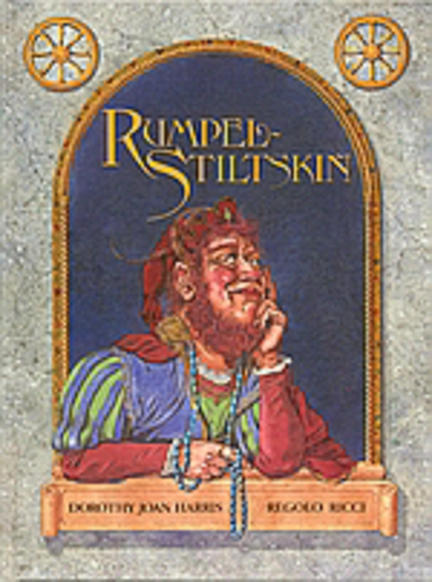 Elinore sits alone and weeps in the tower room where she has been told to spin straw into gold.

No one can do such a thing, unless it's the strange little man who mysteriously appears at the stroke of midnight. He claims he can, but not unless the price is right. Elinore offers her necklace and ring, but they won't be enough.

Only her firstborn child will satisfy the wicked little man. Afraid to make such a promise, and just as afraid not to, Elinore watches in fear as the spinning wheel begins to turn- whirr, whirr, whirr.

The mystery and magic of this timeless tale have been wonderfully enhanced by Dorothy Joan Harris and Regolo Ricci. In their hands, Rumpelstiltskin has become a story from the past for today's children. After almost two hundred years, these characters have come to life as feeling, thinking people with choices to make and lessons to learn.