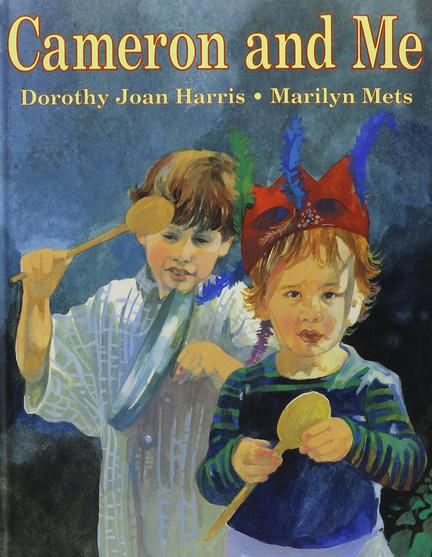 There's a new baby at our house.

His name is Cameron.

Then there would be only me.

Zachary hasn't even started nursery school and yet he's already a has been. Once he was the focus of his parents' attention--now baby Cameron is stealing the limelight. Anything Cameron can do, Zachary can do better, but nobody seems to notice. Cameron is oblivious to his big brother's dilemma; that is, until a new baby sister comes along.

Judy Ann Sadler is the best-selling author of over 20 craft books for children including Corking, Knitting, Simply Sewing, Hemp Jewelry and The Kids Can Press Jumbo Book of Easy Crafts. She still looks forward to making stuff every day. Judy Ann lives with her family in London, Ontario.

Other titles by Marilyn Mets

Waiting for the Sun

Just a Little Later With Eevo and Sim

Once Upon a Time Long, Long Ago