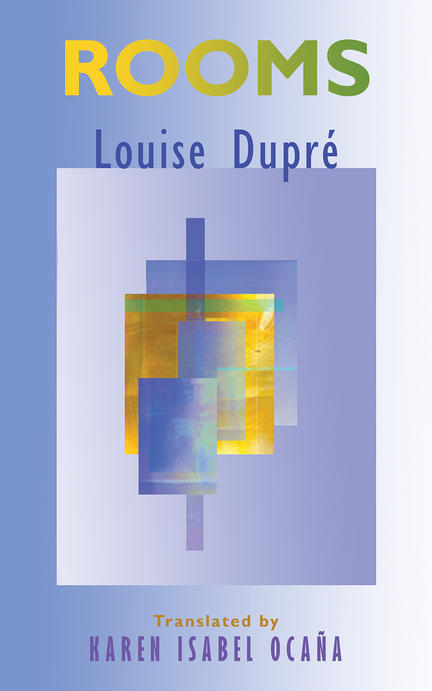 Born in Toronto in 1960, Karen Ocaña grew up multilingual. She began translating, unofficially, at age four. Officially, Karen’s translation career took off in 1980 with a stint in Quebec City, post-referendum, at the Ministère d’Industrie, Commerce et Tourisme. Karen earned a B.A. in French (U of T/86) followed by an M.A. in Comparative Literature (McGill/96) followed by a Graduate Diploma in Translation (McGill/2002). Karen’s translations of essays by Gilles Deleuze, Gilbert Simondon, Bernard Cache, Michel Maffesoli and José Gil have appeared in various publications, but her first published translation was of two poems by David McFadden, from his collection Gypsy Guitar, into Spanish (Indigo magazine, 1990). Rooms is her first book-length translation.

my hands, your hands. your lips. on my breasts, on my belly. bodies that seek one another … you speak of “the little death.” i say the sheets become flesh.

Louise Dupré deploys the multiple senses of room to produce what I’d call a carefully structured ‘poetic installation.’ […] It’s not a matter of description or derivation through metaphor or analogy, but rather of concretely deploying the space of the room as the scenario of the imaginary, making the experience possible […] Without a doubt one of the beautiful books of the year, both for the clarity of its writing and the scale of the reflections it embodies.