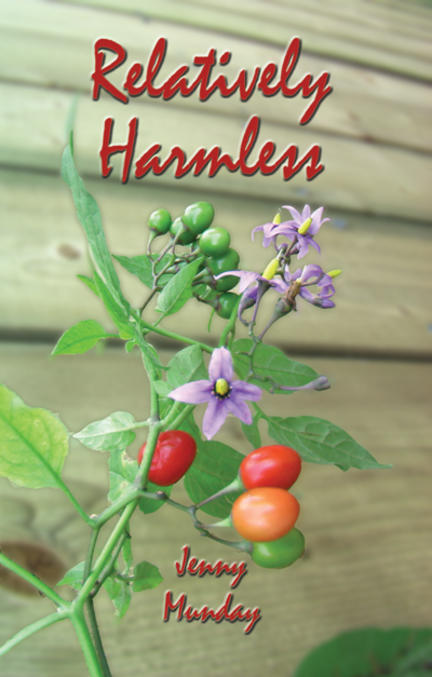 The patriarch of the Nightshade family, "the General," has suffered a stroke. In him we see the challenges of a man who is an invalid, through both his eyes and the eyes of his family of caregivers. His illness reveals fissures in the family, past and present. Relatively Harmless focuses our intellectual and emotional beings on the "endless night" of an individual and a family in crisis, illustrating the struggle between life as mundane and life as weird.

Jenny Munday is a playwright, dramaturge, director, actor, and arts administrator. She is the artistic director of the Playwrights Atlantic Resource Centre (PARC) and is currently the Crake Fellow in Drama at Mount Allison University and playwright-in-residence at Live Bait Theatre. She was Artistic Director of Mulgrave Road (Co-op) Theatre from 1989 to 1992, was writer-in-esidence and artistic associate at Theatre New Brunswick, and was a co-founder and co-artistic director of the Comedy Asylum.

Her twenty-five-year career has largely been dedicated to the development of new Canadian work for the stage. As an actor, she created many original roles in new works for playwrightsâ?? development centres across the countryâ??from Rising Tide Theatre in Newfoundland to the Banff Playwrights Colony. She has also worked at Neptune Theatre, Mulgrave Road Theatre, Theatre New Brunswick, the Comedy Asylum, the Grand Theatre in London, at the National Arts Centre, at several summer theatres in Ontario, and in radio, TV, and film. In 2007, Jenny was awarded a Theatre Nova Scotia Merritt Achievement Award for outstanding contribution to Theatre in Nova Scotia. She also received the inaugural Mallory Gilbert Award from the Professional Association of Canadian Theatre (PACT) and Tarragon Theatre in recognition of sustained, inspired and creative leadership in Canadian Theatre. In 2011 Jenny was made an honourary member of the Canadian Association for Theatre Research.

"This riveting story about a father's stroke and the family that looks after him for 10 exhausting years is an unforgettable piece of theatre.… Relatively Harmless is theatre at its best. It brings us to life in the raw." —Amherst Daily News

"From the gasps and laughter and rapt focus of the audience on opening night, I take it they, too, were grateful that Live Bait [Theatre] brought this universal, unglamorous experience out into public with such directness and integrity. " —Sackville Tribune Post