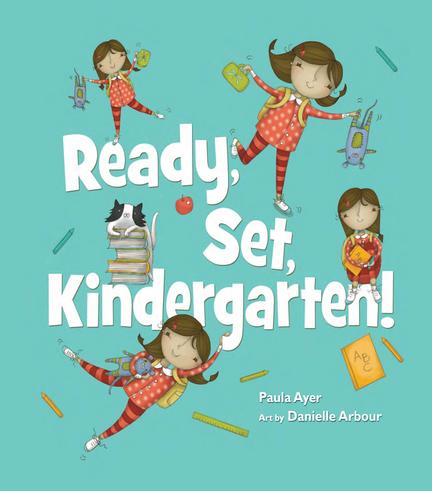 Counting and painting and sharing with friends—this girl’s ready for school!

Preparing for kindergarten is a huge step for young children. This charming tale of a little girl’s experience touches on the many milestones toward this big goal. The child can count out plates when she helps Dad set the table. She can call out letters when she walks with Mom. She can even help her stuffies say sorry after they fight. And with a little help from Mom, Dad, her cat, and faithful toy mouse, she’s now ready for her new adventure … kindergarten! In simple, clear language, Ayer gets inside the minds of young readers who might be anxious about starting school. Arbour’s bright, cheery illustrations are the perfect antidote to preschoolers’ jitters. Parents, children, and educators will find this a tremendously helpful guide when preparing pre-schoolers for entering kindergarten.

The Story of What We Eat