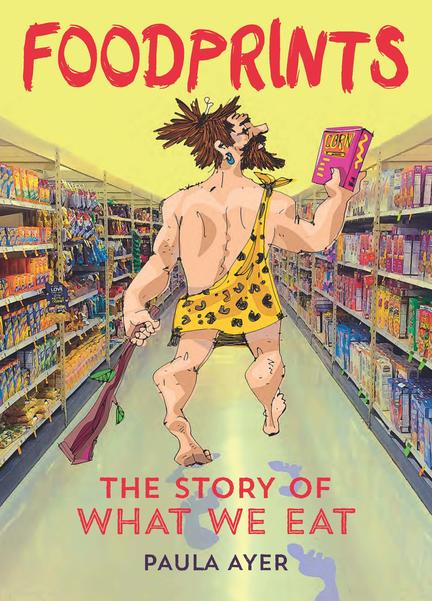 An indispensible guide for savvy teens to sort food myths from reality.

The everyday choices we make when it comes to food don’t just have an effect on us—they also affect other people and the planet.

Today’s teens are more attuned to what they eat and where it comes from than any generation before them. But there’s still more to know. Foodprints enables readers to do more than sort through the numerous messages they hear and read about food—they also get the big picture about food production, marketing, and its role in society. Readers will discover:

• How our food system evolved from hunter gatherers to on-line ordering
• How mega farms and factories came to produce the bulk of our current food supply
• How to work through confusing nutrition advice like good and bad carbs, as well as trendy superfoods such as kale, and fad diets
• The role of science in the modern food system, from improving safety and convenience to GMOs and artificial flavors
• Why food advertisers want teens’ attention and how they get it
• Stories about youth who are working to shape the future of food in positive ways, such as guerilla gardening and media activism.

Select photographs and amusing artwork that pops on the page complement this lively exploration which decodes the surprisingly complex subject of one of our most basic needs—the food we eat.

“Jaw-dropping fascinating and one of the best children’s non-fiction books I’ve ever read.”

“Ayer writes in a clear, open style, covering a great deal of information in easy-to-understand prose.”

“Timely, informative, and motivating . . . Classrooms across the country (and the world) should scoop this book up immediately.”

“A fun and informative approach to an essential topic.”