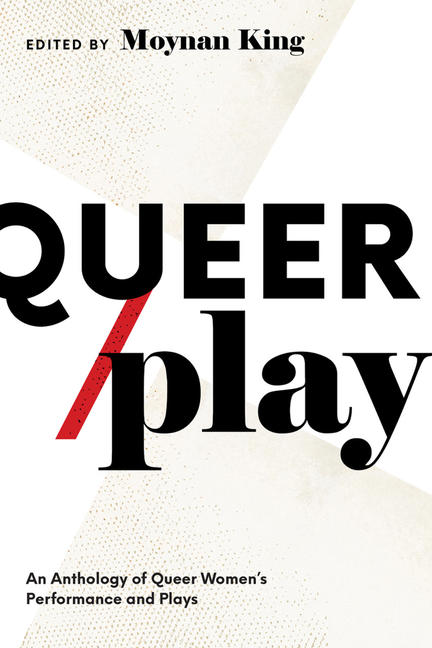 Through these works by both emerging and established Canadian queer artists, this diverse anthology finds itself at the intersection of queer life and art, delving into the resulting subcultures and always-changing concepts of identity and performance. In this book, queer is not just something someone is; it’s also something they do.

As an actor she has over forty professional film, theatre, and TV credits, most recently with roles in the hit CBC series Baroness von Sketch Show, and John Greyson’s silent subway thriller Murder in Passing and his upcoming feature Last Car. She is the author of six plays; the creator of performance installations, including The Beauty Salon and Mothering; and was the co-creator and director of trace, which toured across Canada in 2015. She has been an artist-in-residence at Studio 303 in Montreal and Nakai Theatre in Whitehorse. Moynan was co-founder and director of the Hysteria Festival (2003–2009), co-director of the Rhubarb! Festival (2003–2005), and has curated many a cabaret (Cheap Queers; Explain Yourself; Anne Made Me Gay; City of Freaks; Strange Sisters; Hysteria @ Edgy Women).

A Ph.D. candidate at York University, Moynan’s academic writing has been published in journals (Canadian Theatre Review, nomorepotlucks, Canadian Literature), and books (More Caught in the Act; Once More, With Feeling; Compulsive Acts; Toronto Theatre and Performance). She was the editor of Canadian Theatre Review, issue 149, Queer Performance: Women and Trans Artists. Moynan is currently working on N13, a hybrid verbatim play about the Toronto housing crisis.