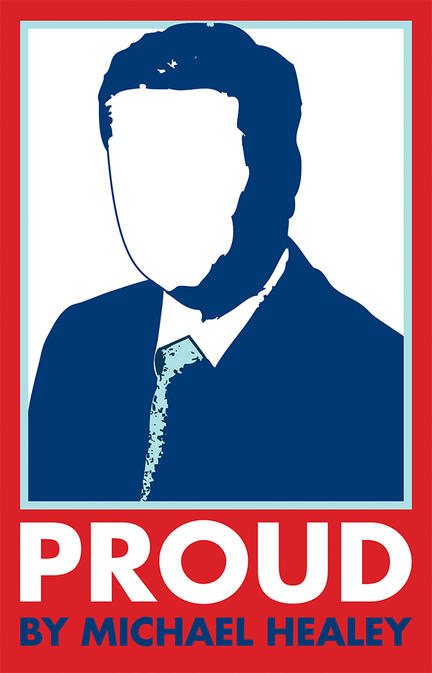 Shortly after the Conservatives win a majority government in the 2011 federal election, the prime minister discovers a secret weapon in his caucus—Jisbella Lyth, a single mother with a limited understanding of her role as an MP. Using her ignorance to his advantage, the PM hatches a plan to have Jisbella front and centre in a campaign of misdirection and distraction. Humorous and clever, Proud explores the corrosive nature of the politics of division.

Michael Healey is one of Canada's leading theatrical voices. Some of his plays include Courageous, The Drawer Boy, Proud, and Rune Arlidge, among others. With an outstanding breadth of work, Michael has won a number of awards as a playwright, including Dora Mavor Moore awards, a Governor General's Literary Award for Drama, and a Chalmers Canadian Play Award. He lives in Toronto.

"PROUD is a wonderful combination of intelligence and humor."

Theatre review: Michael Healey's Proud is a Pygmalion for the political age

"Michael Healey's Proud is funny and foul-mouthed, yet surprisingly sweet."

Michael Healey's Proud is funny and foul-mouthed, yet surprisingly sweet

Other titles by Michael Healey

The Road to Hell