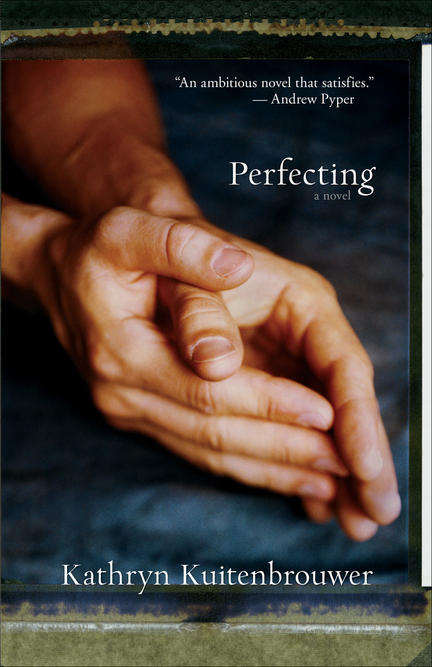 With blood on his hands, Curtis Woolf flees his home in New Mexico for Canada, where he starts a religious commune, the Family. There he heals others and preaches pacifism while enduring the torment of this own damaged soul. Then his lover, Martha, finds his gun and goes south to discover the truth, whatever that might be. Curtis sets out to bring her back, lest the Family fall apart. In the half-light of a nursing home sits Hollis, dragon lord of a lost Mormon line, who has anointed Curtis, damned him, and now awaits his return. Kathryn Kuitenbrouwer's writing is full of dark humour and razor-sharp insight. Catching human fallibility head-on, she demands examination, confrontation, and a reckoning of pain with beauty.

Critics described the stories in Way Up, Kathryn Kuitenbrouwer's first book of fiction, as "some of the most impressive examples of new Canadian fiction in recent memory." Published in 2003, Way Up received a Danuta Gleed Award and was a finalist for the Relit Award. The Nettle Spinner, her first novel, was shortlisted for the Amazon.ca/Books in Canada First Novel award and was also named a best of 2005 by January magazine. Kathryn Kuitenbrouwer is the former fiction editor of The Literary Review of Canada and has also worked as a tree-planter, a lumberjack, and a baker. Her reviews have appeared in The Globe and Mail, The San Francisco Chronicle, The Toronto Star, and The National Post. She teaches creative writing at the University of Toronto and is the Magazine Editor for Bookninja.com.

"Perfecting ropes the backwoods of Ontario to the American southwest, offering up clouds of bees to contend with oil flares and guns. In all its marvellous strangeness, this novel hums with sometimes-violent life and the cadence of its supple, extraordinary sentences."

"An ambitious novel that satisfies... Kathryn Kuitenbrouwer's characters are searchers — for love, for nation, for a belief to actually believe in — and their author has found a vital prose with which to bring them to life. Perfecting is rich in insight and artistry, both line-by-line and as a whole."

"A powerful story, brilliantly told, and it surprised me from its opening page to its closing words. It's all I want in a book, and I'm grateful that I didn't miss it. You shouldn't, either."

"As difficult as Kuitenbrouwer's plots are to diagram, her main project to date is crystal clear: exploring the radiating effects of violence... Brava!"

"Perfecting has my vote for most compelling read of the year."

Other titles by Kathryn Kuitenbrouwer

What Had Become of Us

All the Broken Things