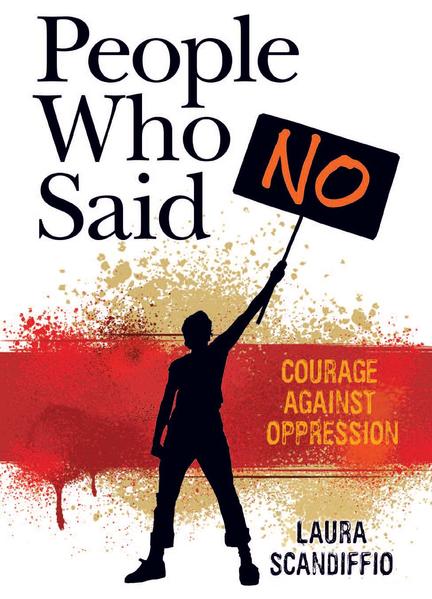 Sometimes it’s okay to ignore the rules or break the law. In fact, it’s essential! This thought-provoking book features people who did just that: Sophie and Hans Scholl, siblings who distributed antigovernment pamphlets in Nazi Germany; and Andrei Sakharov, who helped develop the nuclear bomb in Cold War Russia, but then spoke out against its use.

Some, like Rosa Parks, were not originally in positions of political power but came out of the ranks of regular citizens to stand up for human rights. Others, like Oscar Romero, archbishop of El Salvador, used their power to change the status quo.

Also included are Helen Suzman, a South African member of parliament who fought apartheid; Aung San Suu Kyi, who spent years under house arrest for protesting the dictatorship in Burma; and the people of Egypt, who recently brought down the repressive government of Hosni Mubarak.

These inspirational profiles of people who followed their moral compass make for riveting stories as well as excellent starting points for discussions about ethics and morality.

“These inspiring stories of people who challenged the status quo make for riveting reading, as well as excellent starting points for research and discussions about civil disobedience, ethics and morality.”