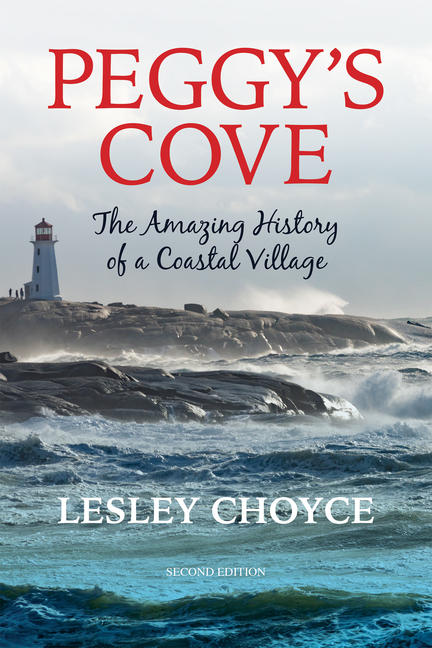 Here is the complete history of the famous cove and the unique village that hosts thousands of visitors each year. The story begins with the formation of the rocks along these shores and the impact of the glaciers. The Mi’kmaq were the first to live here in the summers, harvesting the riches of the sea. A land grant in 1811 brought the first hardy European settlers, who built homes and wharves and discovered that the sea could provide bounty but was also a source of great danger.

The story includes the origin of the name as well as details about the everyday life of nineteenth-century families living here. A history of the famous lighthouse is included and there are excerpts from several notable visitors who have written about the Cove through two centuries. The author explores the dangerous storms, the shipwrecks, the sea monsters and other strange phenomena. Fishing was always a source of income, but it changed over the years. At times the fish prices were so low it was not worth the effort and, in recent years, dramatic changes to the ocean have seen the collapse of several important species of fish.

In the twentieth century, Peggy’s Cove attracted artists, writers and ultimately busloads of tourists. Sculptor William deGarthe made his home here, creating his monument to the coastal fishermen from the granite outcropping in his backyard. In 1998, Swissair Flight 111 crashed off the shores of Peggy’s Cove, and the community opened its doors to the world in an effort to provide support for the rescue workers and the families of the victims. From the earliest days to the present, the story of Peggy’s Cove has been a tale of natural wonder and human endurance. New improvements to accommodate the crowds suggest that some aspects of the Cove may change forever, but the story of the rocks, the sea and the hardy souls who called this home will live on forever.

No one has a clearer view of Atlantic Canada's literary endeavours over the past twenty years than Lesley Choyce. He is the founder of the literary journal Pottersfield Portfolio, and the publisher of Pottersfield Press. He has edited several fiction anthologies and has been the in-house editor of many books from Pottersfield Press including Making Waves, a collection of stories by emerging authors from Atlantic Canada. He is the author of more than fifty books in genres ranging from poetry and essays to autobiography, history and fiction for adults, young adults, and children. Among his recent books are the novels The Republic of Nothing, World Enough, and Cold Clear Morning, and the story collection Dance the Rocks Ashore. Choyce is the writer, host, and co-producer of the popular literary show television program, Off the Page with Lesley Choyce, which is broadcast across the country on Vision TV. He also teaches in the English department of Dalhousie University in Halifax and is leader of the rock band The Surf Poets.

Other titles by Lesley Choyce

Around England with a Dog

Down Home for Christmas - Holiday Stories from Atlantic Canada

The Trouble With Everything

The Rules Have Changed

Nova Scotia: Shaped by the Sea

In Praise of Small Mistakes

Notes on Everything Under the Nova Scotia Sun

Sid the Kid and the Dryer

A Story About Sidney Crosby