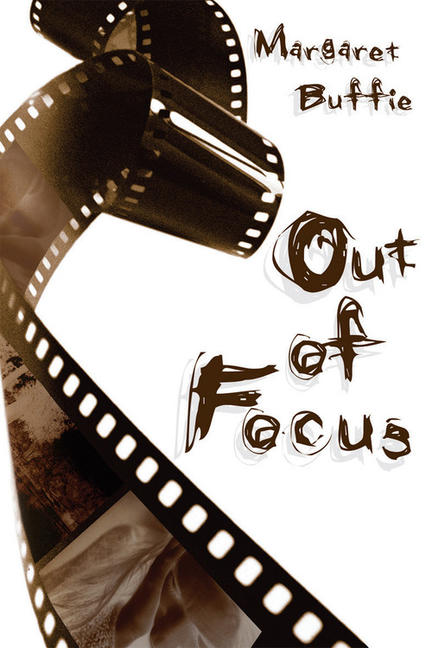 In this novel by Margaret Buffie, 16-year-old Bernice Dodd feels lucky. Her mother's inheriting Black Spruce Lodge means no more roach-infested apartments or bullies in the hallways. No more avoiding the landlord or sneaking away in the middle of the night because the rent is overdue.

But some things will probably never change. Bernie will still have to take care of her younger siblings. Her mother will keep disappearing on drinking binges and find yet another creep of a boyfriend. And Bernie's anger toward her mother will continue to grow. Could Black Spruce Lodge be the family's last chance to get their lives in focus? Will Bernie find some perspective --- on her emotions, on Jack, the boy next door, and on Tony, the goodlooking novelist across the lake? One thing is very clear, though: rage doesn't let go without a fight.

Margaret Buffie is an award-winning author of young adult books. Her books include The Watcher and Angels Turn Their Backs. She lives in Winnipeg, Manitoba.

Captivatingly written, ... it is heart-wrenchingly realistic yet hopeful in its portrayal of childhood needs, teenage angst, and adult struggles ... Teens surviving any kid of scars will love this book.

A new book from (Buffie) always promises a good read ... and (Out of Focus) does not disappoint ... Buffie's maturity as a writer is evidenced as she describes (character's) conflicting feelings of rage and hope, betrayal and trust.

Buffie excels at creating credible characters and placing them in situations that allow them to grow and develop.

Left to raise her younger brother and sister, 16-year-old Bernice Dodd has too complicated a life. Celia, their alcoholic mother, is too busy lapsing in and out of drunken binges and attracting deadend boyfriends to notice much else. During fleeting periods of sobriety, there are promises to stop the cycle, but Bernie has heard it all before. If it weren’t for her passion for photography and the support of Celia’s best friend Lucy, Bernie would go crazy.

Bernie suddenly discovers that her great aunt Charlotte has mysteriously left her beloved northwestern Ontario lodge to Celia. Black Spruce Lodge could be a new beginning for them all, if Bernie can convince her mother to have the rundown property repaired and turned into a family business.

Will Celia take the project seriously and stay sober long enough to get it off the ground? Can she win back Bernie’s trust? As her family begins to heal, the real question becomes whether Bernie can let go of her resentment and give herself a new beginning. Can she learn to reach out to people, instead of hiding behind her camera as her only refuge?

Out of Focus is an emotional story about wrestling a hurting family out of the grip of alcoholism. Captivatingly written from Bernie’s point of view, it is heart-wrenchingly realistic yet hopeful in its portrayal of childhood needs, teenage angst, and adult struggles.

It is a mistake to struggle alone, and worth finding freedom from rage. This lesson – subtly taught as the reader is swept along on Bernie’s journey – is the gift of Margaret Buffie’s novel. Teens surviving any kind of scars will love this book. It is the story of how a family seizes the chance to be happy at last.

H Out of Focus

Bernie’s anger grows as her mom disappears for days on drinking binges. Black Spruce Lodge may be her family’s chance to get their lives in focus. Will she find some perspective?

Other titles by Margaret Buffie

Who Is Frances Rain?