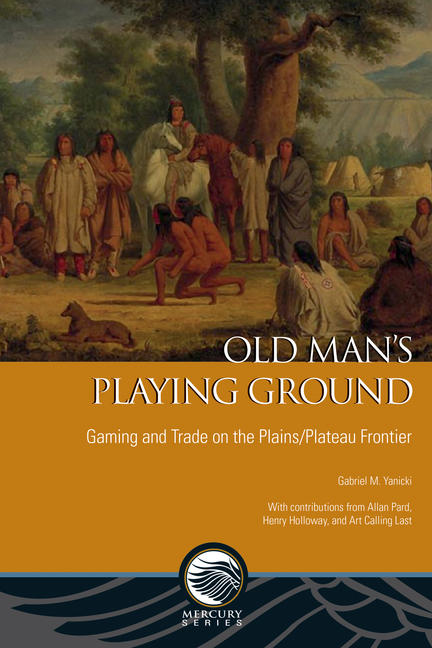 When Hudson’s Bay Company surveyor Peter Fidler made contact with the Ktunaxa at the Gap of the Oldman River in the winter of 1792, his Piikáni guides brought him to the river’s namesake. These were the playing grounds where Napi, or Old Man, taught the various nations how to play a game as a way of making peace. In the centuries since, travellers, adventurers, and scholars have recorded several accounts of Old Man’s Playing Ground and of the hoop-and-arrow game that was played there.

Although it has been destroyed, much can be learned from an interdisciplinary study of Old Man’s Playing Ground. Oral traditions of the Piikáni and other First Nations of the Northwest Plains and Interior Plateau, together with textual records spanning centuries, show it to be a place of enduring cultural significance irrespective of its physical remains. Knowledge of the site and the hoop-and-arrow game played there is widespread, in keeping with historic and ethnographic accounts of multiple groups meeting and gambling at the site.

In this work, oral tradition, history, and ethnography are brought together with a geomorphic assessment of the playing ground’s most probable location—a floodplain scoured and rebuilt by floodwaters of the Oldman—and the archaeology of adjacent prehistoric campsite DlPo-8. Taken together,the locale can be understood as a nexus for cultural interaction and trade,through the medium of gambling and games, on the natural frontier between peoples of the Interior Plateau and Northwest Plains.

Edmonton-based archaeologist Gabriel Yanicki first began tracing the footsteps of HBC explorer Peter Fidler in 1998. In 2009, Yanicki returned to his original passion with his Master’s studies at the University of Alberta. Prehistoric gambling and games continues to be a focus of his doctoral research with the Institute of Prairie Archaeology in the Department of Anthropology at the University of Alberta.

Just as the intersection of the topographic, environmental, and cultural regions of Plains and Plateau provide the physical focal point for Gabriel Yanicki’s study in Old Man’s Playing Ground: Gaming and Trade on the Plains/Plateau Frontier, so, too, does he deft ly employ this framework to highlight the interfacing of history, ethnography, archaeology, and environmental studies as essential strands in the reconstruction of past practices and events. Yanicki has undertaken to locate a site along the Old Man River at a place called Th e Gap in southern Alberta at the frontier of the Plains and the Interior Plateau.