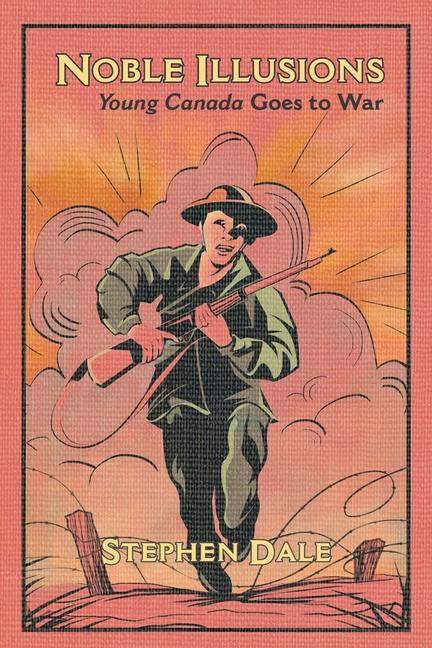 One hundred years ago saw the declaration of a war that would forever change our understanding of war. With a staggering loss of life, World War One was, by all accounts, a brutal and devastating tragedy. And yet, on the eve of the hundredth anniversary, countries around the world are preparing to commemorate the Great War not with sadness and regret but with nationalist pride. Conservative forces, already well into a program to elevate the place of the military in society, are embracing the opportunity to replace today’s apparent cynicism with an unquestioning patriotism similar to that which existed a century ago. Politicians on both sides of the Atlantic are imploring their citizens — especially their youth — to revive the sense of duty embodied in the generation that served in the trenches.

But is the ennobling nature of patriotism the real lesson that people today should extract from that now-vanished generation’s experience? Through a dialogue with a pop-culture artifact from a lost world — a boys’ annual called Young Canada — Noble Illusions examines the use of propaganda to glorify racist colonial wars and, in the wake of those, the Great War. A juxtaposition of earnest instruction on the cultivation of everyday virtues and brutal tales of war masquerading as moral lessons on valour and righteousness, Young Canada helped to persuade a generation of young Canadians to head eagerly to the battlefields of World War One. Concerned that the rise of militarism is leading today’s youth in a similar direction, Stephen Dale offers this examination as an inoculation against the blind patriotism politicians are working so hard to instill.

Stephen Dale is the author of four previous non-fiction books exploring issues ranging from the rise of the media-based environmental politics of Greenpeace; the impacts of suburban culture on politics in Canada and the United States; and the role of youth-focused propaganda in creating support for the bloodbath that was the First World War. He’s been a freelance contributor to leading Canadian and international publications, was Canadian correspondent for InterPress Service news agency, and has created numerous radio documentaries for the CBC. He lives in Ottawa, Ontario.

Other titles by Stephen Dale

Scenes from a Post-industrial Revolution

The Greenpeace Message and the Media