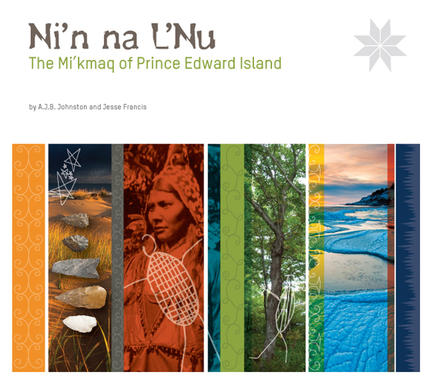 This lavishly-illustrated book tells a story through words and images that has never before been told, not in any single book. The focus is entirely on the Mi'kmaq of the Island, an island which for thousands of years has been known to the Mi'kmaq and their ancestors as Epekwitk. That name means "cradle on the sea" and no more poetic description of PEI has ever been penned. The story of the PEI Mi'kmaq is one of adaptation and perseverance across countless generations in the face of pervasive change. Today's environment is far from what it was millennia ago. So too, the economy, society, lifestyle, language and religion of the people has witnessed some dramatic shifts. Nonetheless, despite all the changes, today's Mi'kmaq feel deeply connected to the Island in its entirety and to their ancestors and the values they still share. This book tells those many stories, and communicates much more. While the book is a stand-alone publication, it is also a companion to a travelling exhibition of the same name.

Since he began working for the Prince Edward Island Mi’kmaw community in 2001, Jesse Francis has managed a wide variety of culture and heritage projects. He led the development of the travelling exhibition- also entitled Ni’n na L’nu: The Mi’kmaq of Prince Edward Island - to which this book is a companion. Jesse is Manager of Joint Projects for the Mi’kmaq Confederacy of PEI and Parks Canada. He lives in Wellington, Prince Edward Island with his wife Moira and their three children.

A.J.B. Johnston has published more than a dozen books and hundreds of articles, a thirty-plus years career studying and writing about 18th-century French colonial history in Acadia. In recognition of his prolific career as a historian and writer, John was invested by France with the title Chevalier of the Ordre des Palmes Académiques (Order of Academic Palms). Johnston has now turned his hand to fiction. Long inspired to know more about Thomas Pichon (1700-1781), In his first novel, Thomas, A Secret Life (CBU Press, 2012), Johnston applied his considerable sense of 18th-century French history to imagine young Pichon’s early life in Normandy and Paris. For The Maze, Johnston did extensive research on 18th-century London.

Other titles by Jesse Francis

Other titles by A.J.B. Johnston

Landscape for the World