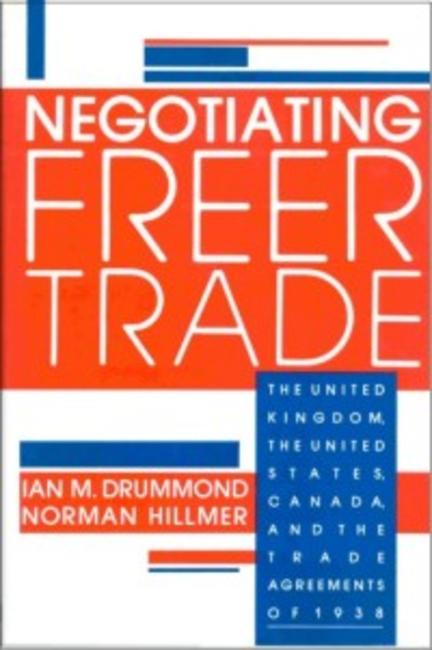 On November 17, 1938, Great Britain, the United States, and Canada, after four years of discussion and manoeuvre, signed two wide–ranging and interlocking trade agreements. A few large elements dominated the talks. The Americans wanted to breach the walls of the British imperial preferential tariff system. The British were anxious to retain markets and political support in the British dominions and the Baltic, while protecting their domestic agriculture and improving political relations with the United States. Canada, whose acquiescence and co–operation were necessitated by the pre–existing network of trade agreements, hoped to win new export markets, to retain old ones, and to achieve international political tranquility through economic means. Although the negotiations began with a mixture of lofty and ignoble motives, in the end the latter predominated.

The authors have drawn on archival and statistical materials in all three countries to provide a clear and detailed account of the economic context of the mid–1930s, the process of negotiations, the issues, and the political and economic significance, both then and now, of the final agreements. Their work is a valuable case–study of the problems that face any country that tries to negotiate freer trade. It is therefore full of contemporary resonance and relevance, and will be of interest to students of and specialists in modern history (European, British, and North American), international relations, and international economic policy.

Ian M. Drummond is Professor of Economics at the University of Toronto, and the author of numerous books, including Imperial Economic Policy 1917–1939 (London, 1974) and The Floating Pound and the Sterling Area, 1931–1939 (Cambridge, 1981).

Norman Hillmer is Senior Historian at the Department of National Defence and Professor of History at Carleton University in Ottawa. He is the author and editor of many works on British-Canadian and imperial relations in the interwar years.

Norman Hillmer is professor of history and international affairs at Carleton University and is a former senior historian at the Department of National Defence. Granatstein and Hillmer have collaborated on five books, including "First Drafts: Eyewitness Accounts from Our Past" and the national bestseller "Prime Ministers: Ranking Canadaâ€™s Leaders".

''This is without question the clearest account yet written of a major trade negotiation.''

Other titles by Norman Hillmer

Eyewitness Accounts from Our Past