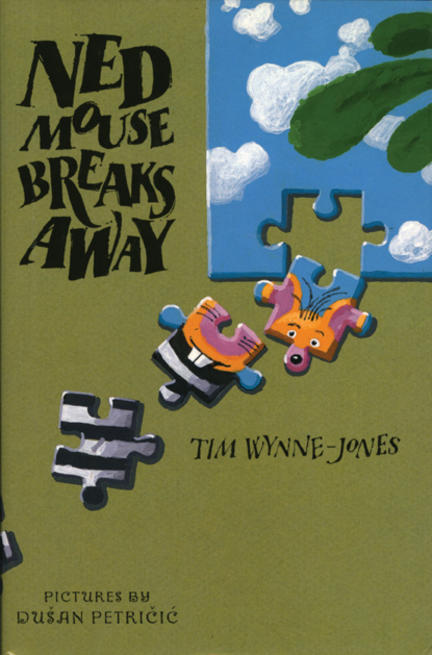 Thus begin his attempts to make a break for freedom. He tries digging a tunnel. He tries building an escape plane in shop class. He tries fleeing down the drain hole in the tub. Yet each time his attempts are foiled by the keeper -- the big gentle guard who has the brains of a tree but who is devoted to his job, which is to keep prisoners in their cells.

The years pass, and Ned very nearly gives up. Then one day he receives a letter from his long-lost friend Mort, who tempts him with stories of the beautiful sunrises at his house by the sea. Filled with new determination, Ned comes up with the most daring escape plan yet.

Duan Petricic was born in Belgrade, Yugoslavia, but loved to pretend that he grew up in Zemun, an old city located just across the river (and now a part of Belgrade). As a boy he did all the forbidden things that children do, but what Duan loved most was to draw. He started drawing at age four and, encouraged by his parents, he never stopped. He found inspiration in everything, and drawing became a way to communicate with the people around him. Two books that were very important to his childhood were an old encyclopedia with lots of pictures and The Boys from Pavel’s Street by Ferenc Molnár. Early on, he was moved by the drawings found within the encyclopedia. As he grew older, he adored many artists, including Leonardo da Vinci, Dürer, and Picasso. Duan has been illustrating children’s books for many years. He has received numerous honors and awards for his work, in North America and internationally, including an IBBY Certificate of Honour and an Alb

A very fine introduction to the not always gentle art of satire by one of children's literature's finest writers.

Other titles by Duan Petricic