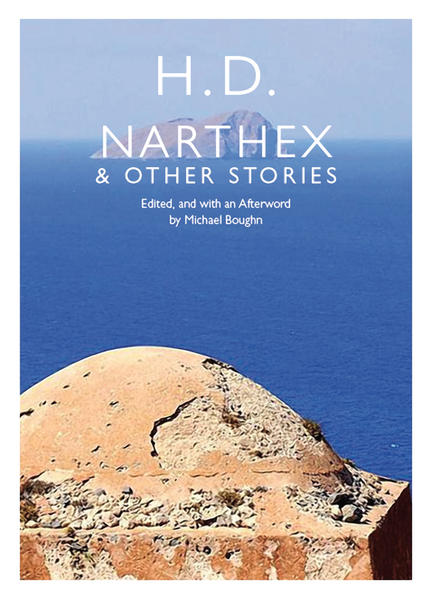 Primarily known as a poet, H.D. was also a prolific prose writer. In fact her wriitng career began with the publication of children's stories in Sunday school magazines. She wrote several novels, only two of which were published in her lifetime, and a number of short stories and novellas, some of which were published under pseudonyms. Two of the three stories reprinted here for the first time were published in the 1920s under the names Rhoda Peters and D.A. Hill in Pagany and Life and Letters Today. The third story--really a novella--was published in Alfred Kreymborg's anthology, The Second American Caravan in 1928, and has been unavailable ever since. These stories offer a remarkable insight into H.D.'s thinking as she struggled to develop her work at a transitional time in her life.

H.D. (Hilda Doolittle) was a writer who is most famous for her Imagist poems, though her oeuvre extends far beyond this work. Living a life filled with close friends and stricken with relationship difficulties, Doolittle poured her personal stories into her many memoirs, novels, and verse and became a central figure of the Modernism. She was born in Bethlehem, Pennsylvania on September 10, 1886, and stayed in the state until she left Bryn Mawr College in 1911. After leaving the United States, H.D. spent the rest of her life writing, which ended on September 21, 1961, in Europe.

Michael Boughn worked in the Teamsters for nearly 10 years before returning to university to earn a PhD in 1986 after studying with poets John Clarke and Robert Creeley. He is the author of ten books of poetry, including Iterations of the Diagonal, Dislocations in Crystal, 22 Skidoo / SubTractions, Cosmographia – a post-Lucretian faux micro-epic (short-listed for the Governor General’s Award for Poetry in 2011), and most recently, Great Canadian Poems for the Aged Vol. 1 Illus. Ed. (BookThug, 2012). He has also published books for young adults, including the Maple Award nominated Into the World of the Dead, a mystery novel, and a descriptive bibliography of the American poet, H.D. He recently edited (with Victor Coleman) Robert Duncan’s The H.D. Book for the University of California Press. He has also published numerous articles on film, writing, architecture and music, most recently "The War on Art and Zero Dark Thirty" in CineAction. He has taught courses at the University of Toronto since 1993, recently focusing primarily on American writing with special emphasis on the innovative writers of the 20th and 21st centuries.

Other titles by Michael Boughn