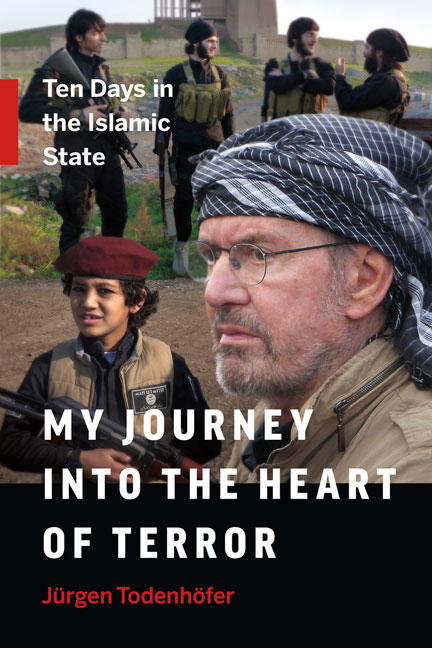 An alarming and enlightening first-hand account of what’s really going on behind the borders of the Islamic State.

ISIS, IS, the ISLAMIC State. It's an organization that has taken on chilling associations due to the horrific deeds committed in its name. ISIS beheads journalists—and yet one, Jürgen Todenhöfer, was invited to visit its fighters in Mosul, after months of negotiations. Accompanied by his son, Frederic Todenhöfer, who photographed the journey, he asked them to explain their beliefs, motivations, and goals. This book, the most in-depth research conducted on the terror group so far, is the result of those conversations. My Journey into the Heart of Terror shows how the organization grew from its al-Qaeda roots and the role the West has played, both past and present. Along the way, Todenhöfer offers startling insights into what ISIS thinks, what it wants—and how it can be defeated. Only by understanding our enemies, Todenhöfer believes, can we combat ISIS’s radical, un-Islamic vision and the terror and destruction it brings.

Jürgen Todenhöfer is a German writer, politician, and former judge. He is one of the most prominent German critics of the US-led wars in Afghanistan and against Iraq in 2001 and 2003, respectively. In late 2014 Todenhöfer visited Syria and Iraq, becoming the first Western journalist to be allowed extensive access to ISIS-controlled territories and to return safely.

"...a rare inside view of ISIS and insight into the terrorist organization's methods and hold on adherents." -Publishers Weekly

"...thanks to the courage and commitment with which he reports from deep inside Islamic State territory, the reader is treated to some rare and intimate encounters with Islamists." —Lawrence Krauss

"Todenhöfer describes his efforts as a brave journalist willing to risk his life to understand and report on the underpinnings of the Islamic State and its sympathizers ... this book is urgently needed in a world where violence, ideology, and bigotry seem so seductive in the public arena ... Journalism at its best." —Lawrence Krauss