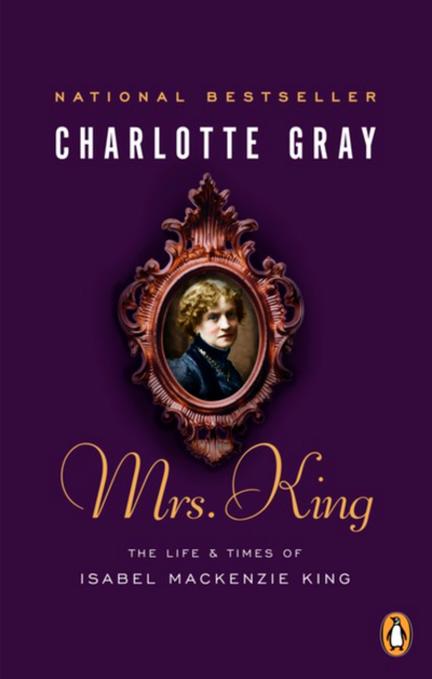 Mrs. King is the superbly told story of a woman lost in the shadows of Canadian history. Daughter of William Lyon Mackenzie and mother of Canada’s longest-serving prime minister, Isabel Mackenzie King was intimately involved in the changing political and social landscape of Canada. Yet we have known very little about her.

In this meticulously researched and beautifully crafted biography, award-winning writer Charlotte Gray pulls Isabel Grace Mackenzie King into the light while painting a highly absorbing portrait of our Canadian past.