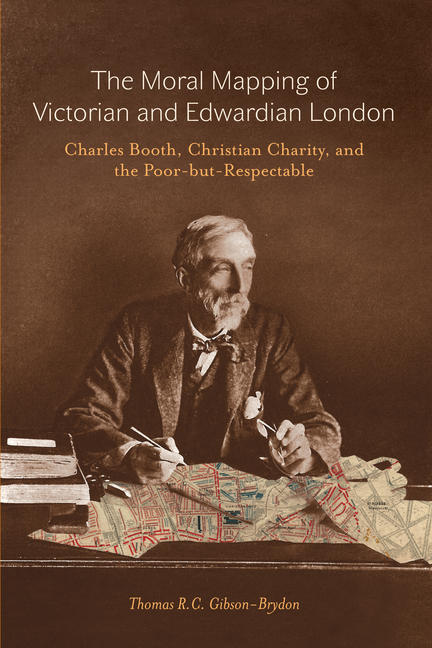 Charles Booth’s seventeen-volume series, The Life and Labour of the People in London (1886–1903), is a staple of late Victorian social history and a monumental work of scholarship. Despite these facts, historians have paid little attention to its section on religious influences. Thomas Gibson-Brydon’s The Moral Mapping of Victorian and Edwardian London seeks to remedy this neglect.

Combing through the interviews Booth and his researchers conducted with 1,800 churchmen and women, Gibson-Brydon not only brings to life a cast of characters – from “Jesusist” vicars to Peckham Rye preachers to women drinkers – but also uncovers a city-wide audit of charitable giving and philanthropic practices. Discussing the philosophy of Booth, the genesis of his Religious Influences Series, and the agents and recipients of London charity, this study is a frank testimony on British moral segregation at the turn of the century. In critiquing the idea of working-class solidarity and community-building traditionally portrayed by many leading social and labour historians, Gibson-Brydon displays a meaner, bleaker reality in London’s teeming neighbourhoods.

Demonstrating the wealth of untapped information that can be gleaned from Booth’s archives, The Moral Mapping of Victorian and Edwardian London raises new questions about working-class communities, cultures, urbanization, and religion at the height of the British Empire.