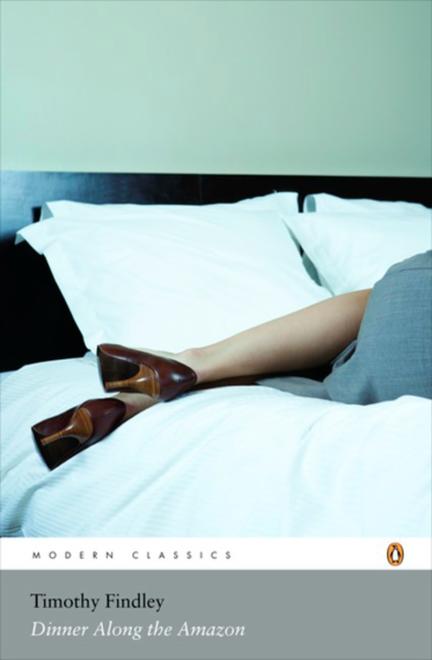 Here is the powerful, haunting "Lemonade,"where a young boy's world is shattered by his mother's self-destruction, and eleven other stories, including "Dinner along the Amazon,"an unusual journey into the complexities of contemporary relationships.

Timothy Findley (1930-2002) was one of Canada's most compelling and best-loved writers. He is the author of The Wars, which won the Governor General's Award and established him as one of Canada's leading writers, as well as Pilgrim and The Piano Man's Daughter, both finalists for The Giller Prize. His other novels, Headhunter, The Telling Of Lies, The Last Of The Crazy People, The Butterfly Plague, Famous Last Words, Not Wanted On The Voyage, and Spadework; his novella, You Went Away; and his short fiction, Dinner Along The Amazon, Stones, and Dust To Dust, have won numerous awards and are well loved both in Canada and internationally.

Elizabeth Rex won the Governor General's Award for Drama and The Stillborn Lover won a Chalmers Award. His works of non-fiction include Inside Memory and From Stone Orchard.

Timothy Findley was made an Officer of the Order of Canada and a Chevalier de l'Ordre des Arts et des Lettres.

Besides her two previous books of poetry (No Other Lodgings, Fiddlehead, 1978 and Rentee Bay, Quarry, 1983), Frances Itani has published a children's book and co-authored a book of short stories. More recently, Frances Itani, a Member of the Order of Canada, had a spectacular international debut with her first novel, Deafening, which received a Commonwealth Writers’ Prize for Best Book (Canada and Caribbean Region) and was shortlisted for the 2005 International IMPAC Dublin Literary Award; it was a #1 bestseller in Canada. Her second novel, Remembering The Bones, was shortlisted for a Commonwealth Writers’ Prize. Itani’s short story collection, Poached Egg On Toast, won the 2005 Ottawa Book Award and the 2005 CAA Jubilee Award for Short Stories. Itani lives in Ottawa.

Other titles by Timothy Findley

Dinner Along the Amazon

Other titles by Frances Itani

The Company We Keep

Deafening, Remembering the Bones, and Requiem

In The Name Of Love