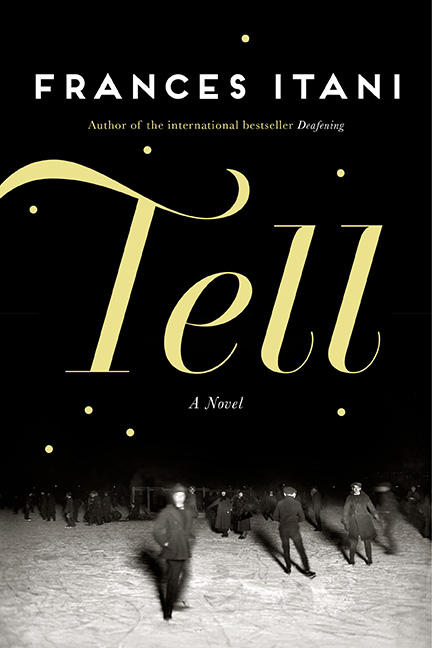 The bestselling author of the award-winning international sensation Deafening returns to the period following the First World War with a tour de force-an extraordinary novel of secrets withheld and secrets revealed.
In 1919, only months after the end of the Great War, the men and women of Deseronto struggle to recover from wounds of the past, both visible and hidden. Kenan, a young soldier who has returned from the war damaged and disfigured, confines himself to his small house on the Bay of Quinte, wandering outside only under the cover of night. His wife, Tress, attempting to adjust to the trauma that overwhelms her husband and which has changed their marriage, seeks advice from her Aunt Maggie. Maggie, along with her husband, Am, who cares for the town clock tower, have their own sorrows, which lie unacknowledged between them. Maggie finds joy in her friendship with a local widow and in the Choral Society started by Lukas, a Music Director who has moved to the town from an unknown place in war-torn Europe. While rehearsing and performing, Maggie rediscovers a part of herself that she had long set aside. As the decade draws to a close and the lives of these beautifully-drawn characters become more entwined, each of them must decide what to share and what to hide, and how their actions will lead them into the future.
With the narrative power and writerly grace for which she is celebrated, Frances Itani has crafted a deeply moving, emotionally rich story about the burdens of the past. She shows us how, ultimately, the very secrets we bury to protect ourselves can also be the cause of our undoing. Tell is stunning achievement.

Besides her two previous books of poetry (No Other Lodgings, Fiddlehead, 1978 and Rentee Bay, Quarry, 1983), Frances Itani has published a children's book and co-authored a book of short stories. More recently, Frances Itani, a Member of the Order of Canada, had a spectacular international debut with her first novel, Deafening, which received a Commonwealth Writers’ Prize for Best Book (Canada and Caribbean Region) and was shortlisted for the 2005 International IMPAC Dublin Literary Award; it was a #1 bestseller in Canada. Her second novel, Remembering The Bones, was shortlisted for a Commonwealth Writers’ Prize. Itani’s short story collection, Poached Egg On Toast, won the 2005 Ottawa Book Award and the 2005 CAA Jubilee Award for Short Stories. Itani lives in Ottawa.

“This is a wonderful story, with a richly detailed sense of time and place, and compelling characters who, ultimately, all have secrets to tell.”

“A heart-wrenching story of hope and sacrifice, of human error and unconventional healing, in which the characters must test the strength of their love for one another in order to break free from the shadows of the past.”

“Tell is a treasure: serious with humorous moments, potent and controlled, subtle yet deeply moving.”

Other titles by Frances Itani

The Company We Keep

Deafening, Remembering the Bones, and Requiem

In The Name Of Love

The The Thickness Of One Sheet Of Paper

Authors of new book The Cowkeeper's Wish on their writing process, and the books that inspired them along the way.

More Than One Side to Every Story

Kelley Powell, author of YA novel The Merit Birds, on novels that inhabit multiple points of view.