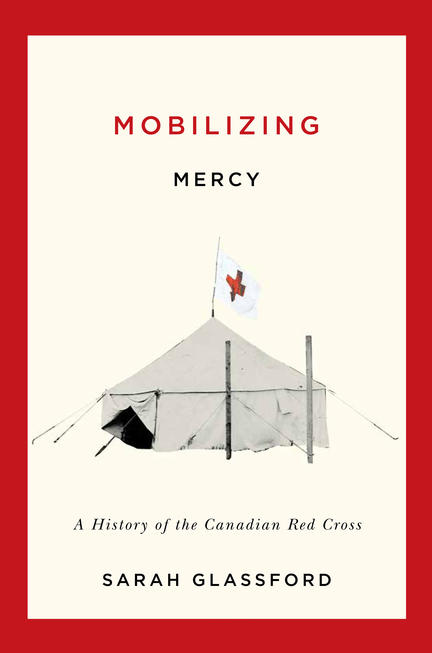 For more than a century the Canadian Red Cross Society has provided help and comfort to vulnerable people at home and abroad. In the first detailed national history of the organization, Sarah Glassford reveals how the European-born Red Cross movement came to Canada and took root, and why it flourished.

From its origins in battlefield medicine to the creation of Canada’s first nationwide free blood transfusion service during the Cold War, Mobilizing Mercy charts crucial organizational changes, the influence of key leaders, and the impact of social, cultural, political, economic, and international trends over time. Glassford shows that the key to the Red Cross's longevity lies in its ability to reinvent itself by tapping into the concerns and ambitions of diverse groups including militia doctors, government officials, middle-class women, and schoolchildren. Through periods of war and peace, the Canadian Red Cross pioneered new services and filled gaps in government aid to become a ubiquitous agency on the wartime home front, a major domestic public health organization, and a respected provider of international humanitarian aid.

Opening a window onto the shifting relationship between voluntary organizations and the state, Mobilizing Mercy is a compelling portrait of a major humanitarian organization, its people, and its ever-evolving place in Canadian society.

Sarah Glassford is a social historian of Canada who earned her PhD at York University.

Other titles by Sarah Glassford

Making the Best of It

A Sisterhood of Suffering and Service