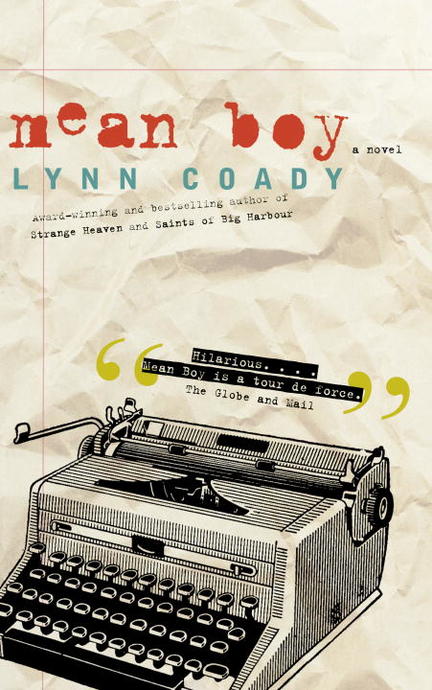 Earnest, small-town Lawrence Campbell is fascinated by his poetry professor, the charismatic and uncompromising Jim Arsenault. Larry is determined to escape a life of thrifty drudgery and intellectual poverty working for his parents' motel and mini-golf business on Prince Edward Island. Jim appears to the young poet as a beacon of authenticity - mercurial, endlessly creative, fearless in his confrontations with the forces of conformity. And he drinks a lot.

Jim's magnetic personality soon draws Larry's entire poetry composition class into his orbit. Among the other literary acolytes are Sherrie Mitten, with her ringletted blonde hair and guileless blue eyes, the turtlenecked, urbane Claude who writes villanelles, and the champion of rhyming couplets about the heroic struggles of the Maritime proletariat, Todd. Casting a huge shadow over the group is the varsity football player and recreational drug user Chuck Slaughter - titanically strong, capriciously violent, hilariously indifferent to the charms of the poetic life - who has nearly given up terrifying Larry in order to pursue an awkward romantic interest in Sherrie.

Drawn by ambition and fascination, the group assembles itself fawningly around Jim, tagging along to bars, showing up at readings, thrilled to be invited to Jim's home, a shambling farmhouse in the woods where he lives with Moira, his shrewish backwoods muse. Lost in adulation, Larry is so delighted to be singled out for Jim's attention that he does not pause to wonder what Jim expects from his increasingly close relationship with the young poet.

Closely observed and deeply funny, Mean Boy tells the story of Larry's year-long battle against the indiscriminate use of quotation marks in advertising and his disillusionment as his narcissistic, hard-drinking idol spins out of control and threatens to take the young man's cherished notions about art and poetry down with him. Mean Boy is Lynn Coady's most polished and ambitious work to date.

He sat on his desk, positioned in front of this enormous window with the sunlight streaming all around his outline. I could barely look at him without going blind. He saw me squinting and shading my eyes and squeezing them shut when they started watering, but he didn't move, or close the curtain. He had a little teapot on the desk beside him and he kept picking it up and listening to it. He told me my poem should have a dead person in it.

"Maybe a murder or something," he said, "to make it more exciting."

I didn't know what to say so I talked about what was in the poem already. I said I thought that maybe it was a little wordy, that I hadn't figured out how to distill my ideas yet. I figured he could speak to this - none of his poems are any more than ten lines long, and half the time each line has no more than three or four words in it. He just sat there listening to his teapot as I rambled away, carefully using words like distill and cumbersome.

"I think maybe it's a little cumbersome?"

Everything I said went up in a question. I sounded like I was still in high school. I knew I had to learn how to stop talking like that, especially around this guy, but it got worse when I was nervous.

"No, no, it's not cumbersome. It just needs something to happen. Nothing happens in it. There's nothing wrong with a lot of words - I like words."

"But your poems are so..." I wanted a really perfect word for this. Terse. Brief. Scant. Scant? Scant was good. But did it have any negative connotations? Would he think I meant insubstantial?

"...short," I said, before the silence could thicken.

"Those are my poems," he said. "And my poems are great. I'm trying to learn not to insist that other writers write poems like mine. In fact I prefer that they don't. Listen to this for a minute." I thought maybe he was going to recite something, but instead he extended the little teapot so that I was compelled to get up out of my chair and come toward him.

I listened. It was full of tea. I could feel the heat radiating toward my cheek. It was making a buzzing sound, sort of like a horsefly.

"I think maybe air is trapped in there or something."

"Well, it's weird," said Jim Arsenault, the greatest living poet of our time.

I sit obsessing on this, fingers poised over my typewriter keys. Every time I blink, the silhouette of Jim outlined against his sun-filled window flashes inside my head, like it's been burned into my corneas. I hear him saying, Well, it's weird. I hear him saying everything but what I wanted to hear about my poetry. I hear more exciting, which means not exciting. It's hard to come up with something new, hearing that. It seems like it might be easier - more fun, more inspiring too, somehow - to tear the page from my typewriter's grip, slowly, without releasing the catch, so that it kind of shrieks as if in drawn-out pain.

I have a poem called "Poem Poem" taped to the window above my typewriter - by Milton Acorn, who is my hero because he is an unschooled genius who, like me, is from Prince Edward Island. The poem is about the good days and the bad days of writing poetry. The first stanza talks about a good day, how Poems broke from the white dam of my teeth. / I sang truth, the word I was... Heart and fist thumped together, it says, a line I love.

Then the second stanza describes the poem "I write today," how it "grins" at him while. It is truth,I chop it like a mean boy / And whittles my spine says Acorn with regard to this poem, the word I am not.

That's the poem. I look at it when I'm feeling lonely, and when I feel like a moron - a not exciting moron - for sitting in front of my typewriter thinking I'm a poet. Sometimes I love it, though - some days are as different from one another as the two stanzas of the poem. That's why I have it up there. Sometimes, even if I'm not writing, just the feel of being alone in my apartment in front of the typewriter is enough. I take off my shirt. I can see myself, I can see what I look like sitting here wearing nothing but jeans and glasses, me and my pale teenage limbs. I look like a poet. I know that I do. I believe in it, those days.

I, I'll type. And that will be enough.

A girl named Sherrie is busy reading her work for Jim and the rest of us - mostly for Jim. I am busy being made uncomfortable by it. It's all about desire and sex, but there is nothing arousing going on in the least. I expected to not like it because it would be sentimental, but that isn't the problem. It's just Sherrie standing up there with her yellow curls going everywhere like a doll or a crazed cheerleader, semi-whispering about "folds in flesh" and "shimmering" this and "shuddering" that - it makes me queasy. It's only our second class, for God's sake. Meeting, Jim wants us to call it.

Jim doesn't seem to mind Sherrie's stuff. He stands with the same demeanour he has whenever anybody reads. He leans slightly against his desk, stares at the ground, and folds his arms way back behind his head, so that his elbows stick out on either side of it like huge animal ears, a rabbit man. He'll stand that way for as long as twenty minutes sometimes, depending on whatever anyone's reading. There is a guy named Claude from Moncton who writes villanelles. These villanelles go on forever sometimes, and Jim will just stand there all contorted until the very last line.

"Mean Boy will make you laugh out loud."
-The StarPhoenix (Saskatoon)

"Mean Boy is catchy and imaginative, harrowing, yet richly humourous, a rewarding piece of fiction from one of Canada's most original writers."
-The London Free Press

"The atmosphere Coady evokes is pungently realistic, bolstered by hilarious set-piece scenes…. Mean Boysucceeds as a wonderful portrait of a university town and university life, from the high jinks of students intent on accumulating experience to the pontifical evasions and suggestions of well-meaning professors…. Coady's portrayal of the jealous tenuousness of friendship, the in-fighting and fierce competitions of the literary world is daring and brilliant… And Coady's skill as a parodist and prose writer far surpasses poetic pretension. Mean Boy is a tour de force."
-The Globe and Mail

"Mean Boy is above all a solid and comical page-turner."
-NOW Magazine

"You don't have to be a creative writer to in order to appreciate Coady's skill as a humorist… [Her] writing is tight and fast-paced, and she depicts the dynamics among her characters… with a sure hand… An unflinching writer… Coady has created yet another impressive work of fiction" -Toronto Star

"Coady has hit on a vigorous subject in Mean Boy…. [she] renders all this with glee, in a series of set pieces that rambunctiously capture an age - the mid-'70s - when Canadian literature had more practitioners than readers…. Fun."
-National Post
br /> "Superb… both central characters are utterly memorable and, well, hilarious. A coming-of-age novel, Mean Boy will make you laugh…. [Coady] is a storyteller with a wry comic sense and a wonderfully satirical touch."
-Edmonton Journal (CanWest News Service)

"Coady explores the sometimes uneasy relationship between art and academia… with a polish and razor-sharp wit that takes no prisoners…. With its polished and authentic writing, Mean Boy is guaranteed to garner attention at this year's major book awards. If somehow you've missed Coady's earlier work, start right now with this one."
-Calgary Herald

"Mean Boy is a wonderfully savage rip on the world of academia where professor-poets backstab, students write puerile poetry… and tenure is granted or denied by succintly portrayed stuffed shirts. If you have ever taken a creative writing course, you will alternately laugh, cry and blush. For those of you not conversant with the bad boys of poetry, hang on and simply enjoy."
-The Sun Times (Owen Sound)

"This is a brilliant book, a probing and often hilarious satire of the pretensions of university life and the elitist posturing of poetic genius."
-Books in Canada