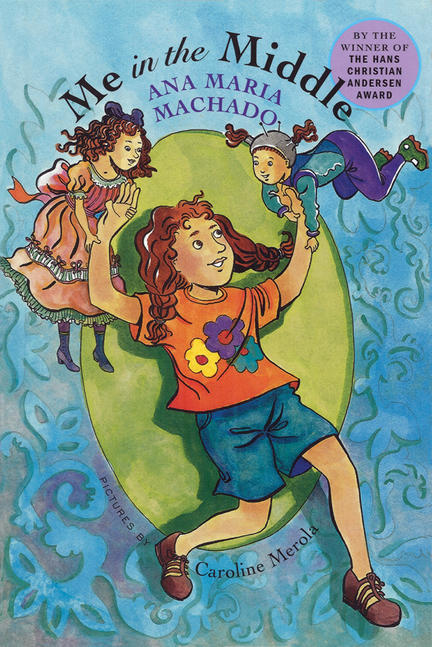 Bel convinces her mother to let her borrow the treasured photo promising to look after it carefully. To her dismay, by the time she returns home from school, the picture is missing. But something unusual has happened. Suddenly it is as if Bisa Bea is alive inside her, telling Bel what life was like when she was a girl. Bel loves hearing the stories about the old days -- until Bisa Bea starts to tell her how to behave. Bel learns that her great-grandmother lived in a very different time, when girls were expected to be proper young ladies.

CAROLINE MEROLA has been drawing for as long as she can remember. Using her pencils and coloured inks, she draws animals, forests, friendly monsters and mischievous children.She has written and illustrated some 40 books that have been translated into many languages, including English, Czech and Arabic. Her children, Béatrice and Olivier, their friends, and many children she meets in classes are unfailing sources of inspiration. In 2011, Caroline won the GG for children’s illustration for Lili et les poilus. She lives in Montreal, QC.

The story is fast and fun.

The ideas of recognizing the past, caring about the future, and being yourself in the present are skillfully integrated into a familiar picture of a present-day child's home and school life.

Other titles by Caroline Merola

Other titles by David Unger

Letters to My Mother