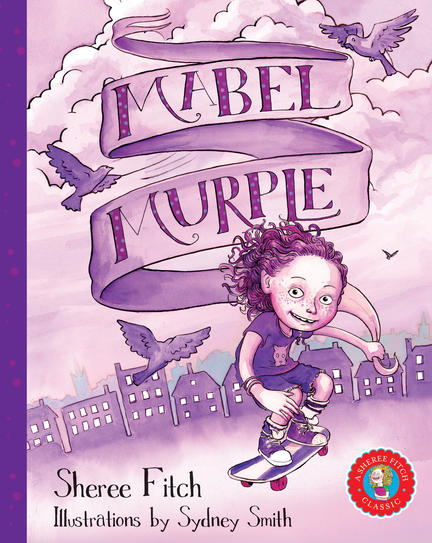 What if there was a purple planet with purple people on it? Sheree Fitch answers this question with a zany tongue-twister of a poem featuring Mabel Murple, a daredevil who rides a purple motorbike through purple puddles, skis on purple snow, and on her pancakes pours maple syrple.

A zany tongue twister featuring Mabel Murple, a daredevil who rides a purple motorbike through purple puddles in her vivid purple world. Sheree Fitch’s children’s classic is back in print with rich new illustrations by Sydney Smith. Originally published in 1995 by Doubleday Canada with illustrations by Maryann Kovalski (Our Choice 1995/1996).