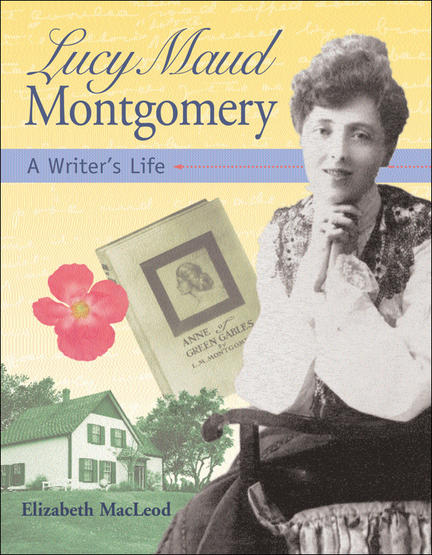 Lucy Maud Montgomery believed that one day she would be taken seriously as a writer. Despite the many obstacles she faced throughout her life, Montgomery not only earned a good living as a writer, but also became famous for it.

is one of the most popular books ever written and has been translated into over 20 languages, garnering Montgomery worldwide recognition and appeal.
Weaving the real events of her life into the fabric of her fiction using photographs, excerpts from newspapers and actual journal pages, this biography explores Montgomery's struggle and determination to realize her dreams. This book in the Snapshots: Images of People and Places in History series includes a concise timeline and a listing of pertinent Web sites.

MacLeod’s book is the ideal introduction to this fascinating and influential writer.

A terrific format for an appealing subject.

? this presentation offers a good biographical overview, studded with vivid details. MacLeod gives a clear sense of Montgomery’s life and shows how she wove certain parts of her own history into her fiction. Anne of Green Gables fans will find this an accessible and entertaining choice.

Of the many books that Lucy Maud Montgomery (1874-1942) penned, she is best known for Anne of Green Gables, which celebrated its 100th anniversary in 2008. Did you know that this famous and world-renowned story was rejected by several publishers before one agreed to publish it? Coloured illustrations and quick facts about the late Canadian author are included.