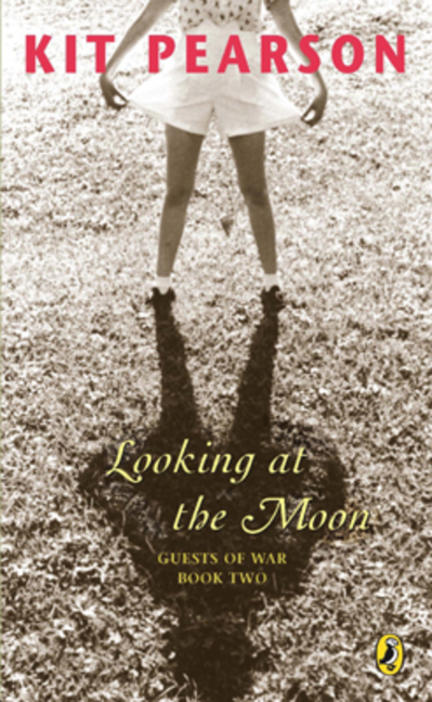 Norah, an English "war guest" living with the wealthy Ogilvie family in Toronto, can hardly wait for August. She'll spend it at the Ogilvie's lavish cottage in Muskoka—a whole month of freedom, swimming, adventures with her "cousins"...

But this isn't an ordinary summer. It's 1943, and the war is still going on. Sometimes Norah can't even remember what her parents look like—she hasn't seen them in three years. And she has turned thirteen, which means life seems to be getting more complicated.

Then a distant Ogilvie cousin, Andrew, arrives. He is nineteen, handsome, intelligent, and Norah thinks she may be falling in love for the first time. But Andrew has his own problems: he doesn't want to fight in the war, and yet he knows it's what his family and friends expect of him.

What the two of them learn from each other makes for a gentle, moving story, the second book in a trilogy that began with the award-winning The Sky Is Falling.

Kit Pearson worked as a librarian for many years before publishing her first novel, The Daring Game (1986). She went on to write the linked novels The Sky Is Falling (1989), Looking at the Moon (1991), and The Lights Go On Again (1993), published in 1999 as The Guests of War trilogy, and Awake and Dreaming (1996), which won the Governor General’s Award. Pearson lives in Victoria, close to Ross Bay Cemetery, one of the settings in Awake and Dreaming .

Puffin Classics Looking At the Moon