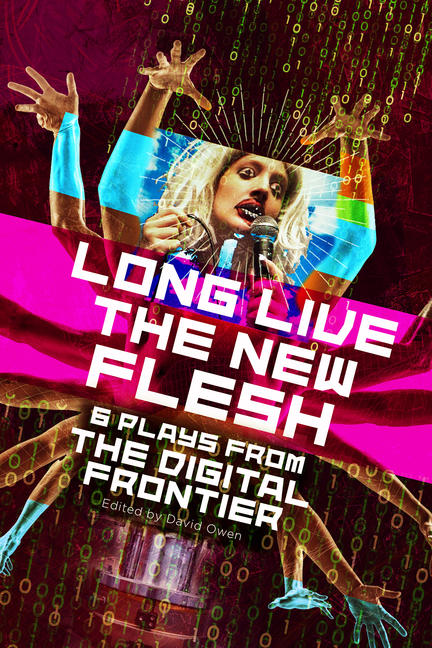 In this companion anthology to Digital Performance in Canada, six works of digital theatre illustrate how audiences are forced to re-evaluate definitions of performative space, bodies, and relationships.

Alien Contagion: Rise of the Zombie Syndrome by Andy Thompson, Tyler Clarke, and Finn Ghosh-Leudke is an immersive theatrical adventure in which audience members need to work together to save the world and conquer the undead. In AVATAR, Freya Björg Olafson uses contemporary dance paired with the ambiguities of virtual social networks to navigate the digitally altered notions of exhibitionism, orientation, and identity. Helen Lawrence by Chris Haddock and Stan Douglas is a hard-boiled tale of loyalty and money that uses both filmed and live sequences to create “live cinema.” Theatre Replacement’s Town Choir features text that was transmitted live from across Canada to the Vancouver Youth Choir, who then transformed the text into songs. Barbra French’s Muse tells a story from inside an institutionalized young woman’s imagination with the help of a nurse, the audience, projections, and light. And You Are Very Star by the Electric Company is a virtual site-specific treasure hunt between the height of the Space Race and the dawn of new humanity.

David Owen holds a Ph.D. in Performance and Theatre Studies from York University, and an M.F.A. in Directing from the University of Calgary, and an M.A. in Dramatic Theory and Criticism from the University of Alberta. He is an award-winning scholar, a theatre director, and a member of the Playwrights Guild of Canada. His current research focuses on the intersection of performance, game structures, and digital technology. He has written on a range of related topics such as LARP, burlesque, roller derby, and ideology embedded within planned communities. His book Player and Avatar: The Affective Potential of Videogames was published in 2017. He resides in Edmonton, Alberta.

Other titles by David Owen