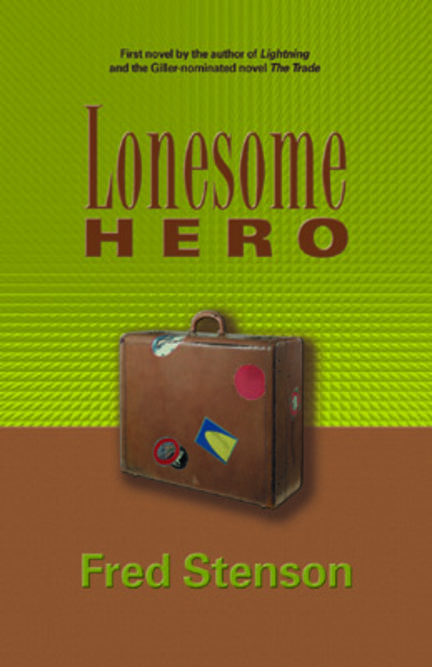 Meet Tyrone Lock: born of farmers' stock; overeducated, underemployed. An inveterate pick-nose and clandestine squeezer of Revels in the supermarket. Disaffected in a way that Adrian Mole would recognize (though as Tyrone takes pains to point out, he's hardly a tortured artist; his BA was in Economics). Inexplicably involved with the lovely, pampered Miss Athena Till.

The young couple are preparing for their first trip abroad: the obligatory horizon-widening sojourn in Europe, the Land of the Forefathers and the Wellspring of Culture.

Except that this is an excursion that Tyrone would do anything to get out of. His horizons are plenty broad, thank you very much, and he'd rather spend his days taking walks with his dog, fly-fishing without a hook, and composing such melodious odes to his native land as: O Beaver Creek, In the Foothills of Alberta's Rocky Mountains, I would sooner have you, Than a bunch of crappy marble fountains.

First published in 1974 and now released for the first time in paperback, Lonesome Hero is a comic classic, the award-winning smartass novel that launched a spectacular writing career.

This new revised edition restores scenes deleted from the original and also features an introduction by the inimitable Mark Anthony Jarman and an afterword by the author, who reflects how glad he is, looking back at his first novel, that Lonesome Hero still manages to embody the ironies of the era, the fact that we often understood perfectly how cartoonish we were. The early '70s was about avoiding work at all costs and trying to live amusingly during all one's waking hours: about how weirdly far we would go to accomplish that.

It’s a good one, a book that’s got that certain sad, weird feeling you get when you finally get a clear look at the way the world works. —Calgary Herald

A generous glimpse into the mind of a young novelist who has grown to become one of Alberta’s finest. —AlbertaViews

Other titles by Fred Stenson

A Self-Directed Course in the Craft of Fiction

Bill Stenson on the Best Use of a Bobby Pin in Literature, and Other Great Reads

The author of new novel Ordinary Strangers on going beyond Earle Birney, the powers of understatement, and the poet that no Canadian should die without …