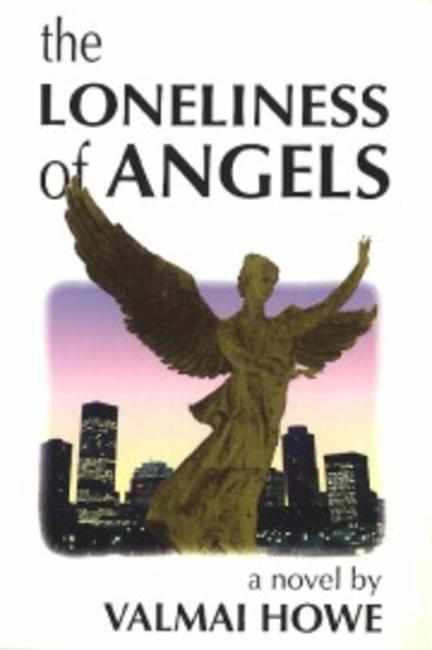 The 1980s obsession with self found the perfect mark in Bianca Wolfe. For ten years she followed the decade's simple creed: Always take more than you need. She has a stack of by-lines in prestigious international magazines, a studio in the most desirable part of town, an acclaimed concert pianist lover, and the freedom to travel on a whim. But as she faces the nineties, Bianca wants more: A perfect body. A perfect soul. A routine assignment at the controversial New Morning Centre spa and health clinic, run by a charismatic director who promises miracles to the faithful, turns into a quest that strips Bianca of her facade, and reveals to her who she truly is. Bianca is, naturally, skeptical about the miracle cures claimed by the former patients the Centre has suggested she interview, and she soon discovers that there is more to the story than she had anticipated. In order to get the real story she decides to go through the program as a patient, and submits herself to the care of the Centre's director, one Petrarch, whose past activities are, to say the least, suspect. By turns funny, painful and philosophical, The Loneliness of Angels is a fascinating window on North American life in the late 20th century.

Many readers are already familiar with Valmai Howe as a non-fiction writer. Two of her non-fiction works, The Rights of the Pregnant Parent and The Birth Report, are still regarded as bibles of birth in North America, Europe and Australia. She took a definitive turn to fiction with The Dreams of Zoo Animals and The Loneliness of Angels.

Excerpt: Loneliness of Angels, The (by (author) Valmai Howe)

When Willy had announced he would be moving to Montreal, she'd been delighted. After two years of intense interludes in hotel rooms, punctuated by the separations caused by their work, they agreed that living together made sense. The studio on Carré St. Louis pleased them both. In the heart of intellectual Montreal, it was far enough from Westmount, that English bastion of Bianca's childhood, to satisfy her. She prided herself on her fluent French and Willy was a polyglot.

The alcove at the back of the long living room was perfect for Willy's Steinway and the walls were thick enough so that his playing would not disturb the neighbors. Bianca positioned her desk before the window which overlooked the fountain in the square. "I write best when I can see what's happening," she told him. The bathroom was large enough to set up her darkroom, although Willy complained about the blacked-out window and joked about being forced to bathe in acid.

They considered themselves an exceptional couple, and adopted Rilke's ideal; they would be guardians of each other's artistic solitude. When they were both in town, they settled into a pleasing routine. Willy slept late while Bianca wrote; they ate together, then she'd check in at the office while Willy practised. After work they made love, and dinner might be something she'd brought from the charcuterie on St. Laurent. Some nights they'd stroll past the sidewalk cafés of St. Denis to L'Express, and later meet friends at La Cabane. Sated with alcohol and the smoky pleasures of the bars, they'd return home and make love again.

As much as two weeks each month they travelled, Willy on tour with his recitals, Bianca gathering material for her articles. When they were lucky their paths crossed, in Vancouver, San Francisco, Vienna.

"I envy you," Marthe told her. "You've got the best of both worlds, a live-in and your freedom. If you wanted, you could have other men while you're out of town and still enjoy Willy."

"I don't want to," said Bianca. "That's the whole point. Willy and I are happy with each other." But a thought passed, light as a shadow; Willy could have other women while he's out of town and still enjoy you.

When Bianca discovered that she was pregnant she was stunned. Her doctor friend, Claire, had taken great care when she'd installed the IUD. But the shock passed and she realized, to her astonishment, that she was filled with joy. While she waited to tell Willy, she thought of the great belly of the woman at Mathiers. Willy would stand behind her, tears streaming down his face, and hold her as their child emerged. She hoped the baby would look like Willy with his golden hair and exquisite hands.

"I don't want a baby. That's why you got your IUD, remember?" Willy said, his face closed and threatening. "You'll have to have an abortion. I thought we'd agreed we didn't want to settle down. What about our artistic solitude?"

"We don't have to settle down," she told him, a knot in her belly. "I can take the baby with me. Lots of women do."

"In that case, you can choose between me and the baby," said Willy.

Claire performed the abortion the next week. Willy was on tour when Bianca returned home. Five days later she flew to Costa Rica to do a piece on the Cappucine monkeys of the rain forest; as she lay on a wide white beach she sobbed for the birth that wasn't going to happen.

She returned home two days earlier than she'd planned. Willy would still be in Ireland. She wondered how his long-coveted recital at Trinity College had been received. The door of the studio was unlocked. I must have forgotten to lock it, she told herself. But when she entered the living room she saw that Willy's piano was open and there were wine glasses on the floor.

She crossed quietly to the bedroom, sensing what she would find. The late summer sun slanted through the slats of the wooden blinds. An ashtray by the bed overflowed. The light cast a greenish hue on the two bodies. Willy was on top, his buttocks pumping. Bianca stood in the doorway, listening. Then the body beneath Willy's rolled over and Bianca saw the face.

“Set at the end of the 1980s, The Loneliness of Angels is a novel for the 90s, a New Age journey of self-discovery. Bianca's worries read like a catalogue of baby boomer fears: Cancer, AIDS, heart attack. A combination of alternative medicine and 'love yourself' philosophy lead her toward acceptance and self-esteem. Along the way she encounters trends and dilemmas as current as today's newspaper, from liposuction to euthanasia, suicide to Taoist sex.”

Other titles by Valmai Howe

Dreams of Zoo Animals, The