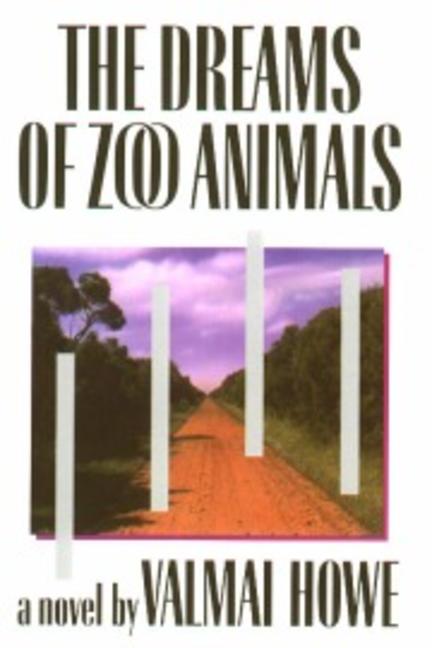 The Dreams of Zoo Animals is a novel carved out of the wilds of Australia in the 1960s, a novel of friendship, love, discovery and disillusion. Sarah Ashton is a powerful and engaging heroine, reminding us of the strength possessed by women who have grown up in houses "built by convicts" on the continent down under.

Many readers are already familiar with Valmai Howe as a non-fiction writer. Two of her non-fiction works, The Rights of the Pregnant Parent and The Birth Report, are still regarded as bibles of birth in North America, Europe and Australia. She took a definitive turn to fiction with The Dreams of Zoo Animals.

Excerpt: Dreams of Zoo Animals, The (by (author) Valmai Howe)

I graduated from high school with the highest marks in the state. When I told my parents I'd been accepted for Fine Arts at Melbourne University, my father was scornful.

"There are people with Fine Arts degrees driving taxis all over the city. Waste of time if ever there was one. What you need is a profession."

"But surely she could teach if she did Arts, Moreland." Mother was clearing the table. "I don't imagine Sarah would be happy driving a taxi."

"What's wrong with driving a taxi, anyway?" I said "It's good honest labor."

"Nothing's wrong with it. But you'll not catch me wasting money on your education. You can get out there today and drive."

"I'm only fifteen," I reminded him. "They don't give driving licenses until you're eighteen." I watched his eyes darken. When I was a little girl I used to call him "teddy bear eyes" because the irises were almost as dark as the pupils. "Anyway, you don't have to waste money on me. My Commonwealth Scholarship pays all my fees."

"And how are you planning to live?"

"I'll get a job and support myself. And who said anything about wasting my education? I'm going to write and with Arts I can always do journalism. Nanna took Arts at Oxford..."

"And look how she ended up." It was the first time he'd mentioned Nanna since she'd moved out of our house. He pushed his chair away from the table and gathered the newspaper under his arm. "You don't need a university education to write. You get out there and do it." Then he added, "I'm not going to let you waste your brains. I think it's time to take advice from people who've had more experience than you."

The vocational guidance counsellor had streaky blonde hair scraped into a bun. She crossed and uncrossed her legs and asked me, "Do you like people?" She was watching my father.

She nodded at him and they exchanged glances.

"She has top grades in chemistry and biology," he told her. He did not mention my English literature prize. They were discussing me as though I weren't there. Why was I wasting my time? I lost interest and gazed out the window at the patch of grass in front of the Education Building where two women shepherded a group of small children onto an excursion bus. I was thinking about all the times they'd shunted me there for I.Q. tests, "special testing" they'd called it. I didn't want to be special. I just wanted to alone.

Once they'd made a film of my face watching films with no sound. When they turned the projector off I was supposed to write down what the actors were saying.

Suddenly someone switched on the sound. "She'd be perfect in physiotherapy." They had decided my future in that airless room. "Physiotherapy is an excellent career for a woman," old streaky-hair told my handsome father. "She'll always have something to fall back on."

Fall back from what?

When she uncrossed her legs I could see the tops of her suspenders and so could my father.

She continued, "Right now there's a shortage of physios. They all marry and start having babies." She made them sound like brood mares. I was never going to marry if I could help it. Her smile was coy. "She's interested in medicine, she wants to help people and she'd like to travel. Physiotherapy is perfect for her." She had not made eye contact with me once.

"But it''s ridiculous. I don't want to be a physiotherapist!" I confronted my father in the car. "You know I want to be a writer."

"You don't need a degree to be a writer. You can do that in your spare time. How are you going to earn a living?"

"I can do journalism."

"I'm not paying for you to waste your time so that you can write lies. What you need is experience. You've got get out there and work with people."

"How come you're the expert on what I need? What about you? What do you do in your study all day?"

"I'm working on something that will help change people's lives."

"While Mother goes out and supports us all! I can change people's lives that way too!"

I realized I'd overstepped the mark but it was too late. My father's blow slammed me against the window.

"You'll do whatever I think is best for you and some day you'll thank me for it. Don't forget you're mine until you're twenty-one."

I fumbled with the door. "How can I forget it?" My feet touched the sidewalk. "I hate you!"

He did not try to stop me and behind me I heard the car pull away from the curb. Part of me wanted to cry but I was too angry. When I reached in my pocket I did not have money for tramfare.

“The Dreams of Zoo Animals is a powerful coming-of-age story, expertly crafted and fascinating in its details, and the narrative voice of Sarah Ashton is both haunting and convincing. An enchanting novel, animated by Howe's scrupulously attuned eye and ear. One looks forward to her future work as she hones her impressive talents.”

Other titles by Valmai Howe

Loneliness of Angels, The