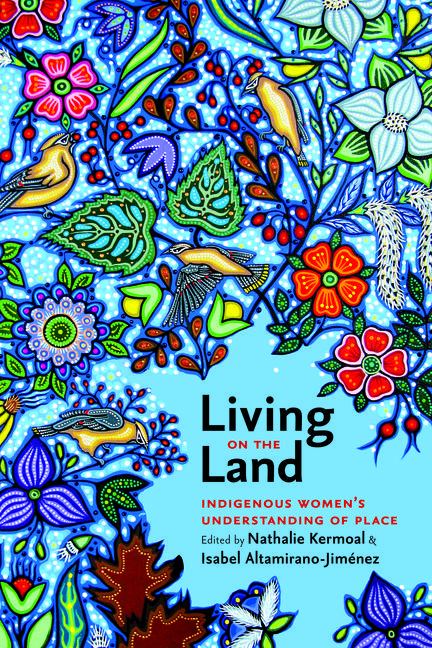 An extensive body of literature on Indigenous knowledge and ways of knowing has been written since the 1980s. This research has for the most part been conducted by scholars operating within Western epistemological frameworks that tend not only to deny the subjectivity of knowledge but also to privilege masculine authority. As a result, the information gathered predominantly reflects the types of knowledge traditionally held by men, yielding a perspective that is at once gendered and incomplete. Even those academics, communities, and governments interested in consulting with Indigenous peoples for the purposes of planning, monitoring, and managing land use have largely ignored the knowledge traditionally produced, preserved, and transmitted by Indigenous women. While this omission reflects patriarchal assumptions, it may also be the result of the reductionist tendencies of researchers, who have attempted to organize Indigenous knowledge so as to align it with Western scientific categories, and of policy makers, who have sought to deploy such knowledge in the service of external priorities. Such efforts to apply Indigenous knowledge have had the effect of abstracting this knowledge from place as well as from the world view and community—and by extension the gender—to which it is inextricably connected.

Living on the Land examines how patriarchy, gender, and colonialism have shaped the experiences of Indigenous women as both knowers and producers of knowledge. From a variety of methodological perspectives, contributors to the volume explore the nature and scope of Indigenous women’s knowledge, its rootedness in relationships both human and spiritual, and its inseparability from land and landscape. From the reconstruction of cultural and ecological heritage by Naskapi women in Québec to the medical expertise of Métis women in western Canada to the mapping and securing of land rights in Nicaragua, Living on the Land focuses on the integral role of women as stewards of the land and governors of the community. Together, these contributions point to a distinctive set of challenges and possibilities for Indigenous women and their communities.

Nathalie Kermoal is of Breton descent (a people whose territory is situated on the West coast of France). She is a professor as well as the Associate Dean Academic at the Faculty of Native Studies at the University of Alberta. She is a bilingual specialist (French and English) in Canadian history and more specifically in Métis history.

Isabel Altamirano-Jiménez is Zapotec from Oaxaca, Mexico. She holds a joint appointment as an associate professor in the Department of Political Science and an adjunct professor in the Faculty of Native Studies at the University of Alberta.

“A beautiful and complex collection of perspective, story, knowledge, and wisdom. This book captures the traditional role, depth, and power of the Indigenous women from the Mohawk, Cree, Naskapi, Métis, and Inuit peoples. [...] and gives each Indigenous woman a distinct voice on where she originates.”

Other titles by Nathalie Kermoal

In and Beyond the Courts

Other titles by Isabel Altamirano-Jiménez

Place, Women, and the Environment in Canada and Mexico