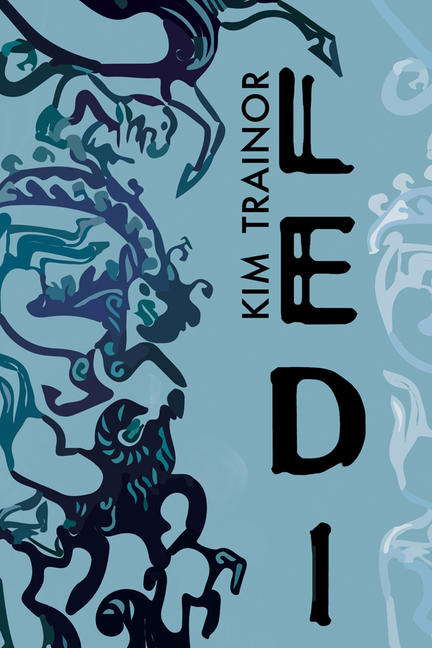 Ledi, the second book by Vancouver-based poet Kim Trainor, describes the excavation of an Iron Age Pazyryk woman from her ice-bound grave in the steppes of Siberia. Along with the woman's carefully preserved body, with its blue tattoos of leopards and griffins, grave goods were also discovered--rosehips and wild garlic, translucent vessels carved from horn, snow-white felt stockings and coriander seeds for burning at death. The archaeologist who discovered her, Natalya Polosmak, called her 'Ledi'--'the Lady'--and it was speculated that she may have held a ceremonial position such as story teller or shaman within her tribe.

Trainor uses this burial site to undertake the emotional excavation of the death of a former lover by suicide. This book-length poem presents a compelling story in the form of an archaeologist's notebook, a collage of journal entries, spare lyric poems, inventories, and images. As the poem relates the discovery of Ledi's gravesite, the narrator attempts simultaneously to reconstruct her own past relationship and the body of her lover.

Kim Trainor began writing poetry in the spring of 2009. Over the years she has worked at a campus radio station, the Department of Fisheries and Oceans, a biomedical library, and is currently a sessional lecturer at UBC. Her poetry has won the Gustafson Prize and the Malahat Review Long Poem Prize, and has appeared in the 2013 Global Poetry Anthology and The Best Canadian Poetry in English 2014. She lives in Vancouver. Karyotype is her first poetry collection.

Other titles by Kim Trainor

A special list from the League of Canadian Poets featuring poetry collections that tackle the broad theme of nature out of love, curiosity, and necessity. …