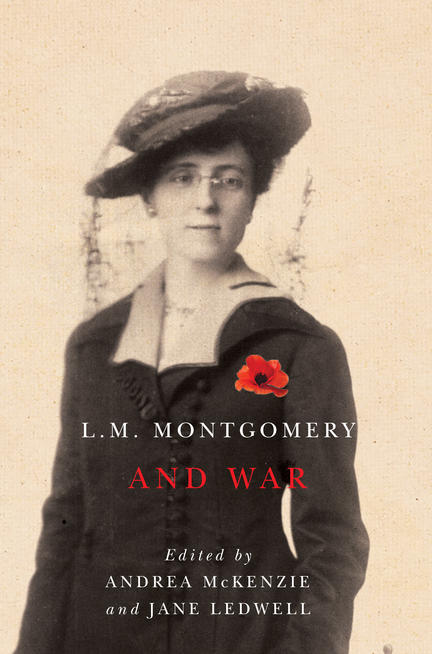 War marked L.M. Montgomery’s personal life and writing. As an eleven-year-old, she experienced the suspense of waiting months for news about her father, who fought during the North-West Resistance of 1885. During the First World War, she actively led women’s war efforts in her community, while suffering anguish at the horrors taking place overseas. Through her novels, Montgomery engages directly with the global conflicts of her time, from the North-West Resistance to the Second World War. Given the influence of her wartime writing on Canada’s cultural memories, L.M. Montgomery and War restores Montgomery to her rightful place as a major war writer.

Reassessing Montgomery’s position in the canon of war literature, contributors to this volume explore three central themes in their essays: her writing in the context of contemporaneous Canadian novelists, artists, and poets; questions about her conceptions of gender identity, war work, and nationalism across enemy lines; and the themes of hurt and healing in her interwar works.

Andrea McKenzie has studied poetry with Patrick Lane and Lorna Crozier. She graduated from the University of Victoria. A Mother’s String is her first book. She lives in Victoria, B.C.

Jane Ledwell has been awarded local and regional prizes and grants for her prose and poetry, notably first prize for both prose and poetry in the Atlantic Writing Awards in 2001. Her work has been broadcast on CBC Radio, most recently as part of the CBC Poetry Face-Off 2005, and has been published in journals such as blueSHIFT and anthologies such as Landmarks and A Bountiful Harvest. Her book of poetry, Last Tomato was published by Acorn Press in 2005.

Other titles by Andrea McKenzie

Other titles by Jane Ledwell

Return of the Wild Goose

Anne around the World

L.M. Montgomery and Her Classic

Elaine Harrison: I am an Island that Dreams

I am an Island that Dreams