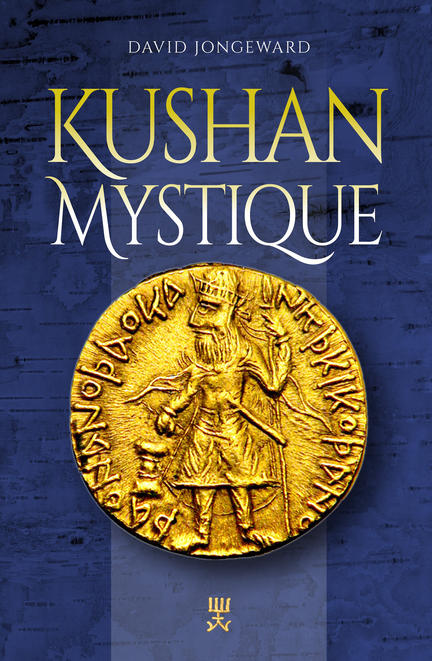 Kushan Mystique is in part a personal narrative, and in part a profile of people and places encountered as a result of David Jongeward’s Kushan research and travels.

The author describes his evolving interest in the ancient history of Central Asia, leading to a specialisation in Kushan coinage and the Buddhist sculpture of Gandhara. Meetings with collectors, curators and other specialists, along with descriptions of his museum-based research and visits to major archaeological sites in Pakistan that date to the Kushan era, are all described, along with lively discussion on the succession of Kushan kings and the Kushan pantheon of deities.

Kushan Mystique is a testament to the power and ongoing fascination of historians with this most influential yet mysterious of dynasties.

David Jongeward is an independent scholar and cultural historian with a specialty in ancient Central Asian cultural history. He has been a Department Associate in the Department of World Cultures in the Royal Ontario Museum since 2001. He was a visiting scholar with the Asian Institute, University of Toronto Munk Centre for Global Studies, 2002–2012, and a Research Associate with the Ashmolean Museum, University of Oxford, 2011–2013. He is the author of Buddhist Art of Gandhara in the Ashmolean Museum (Ashmolean Museum, University of Oxford, 2018); Kushan, Kushano-Sasanian, and Kidarite Coins: A Catalogue of Coins from the American Numismatics Society, co-authored with Joe Cribb (The American Numismatics Society, New York. 2015); Gandharan Buddhist Reliquaries, co-authored with Elizabeth Errington, Richard Salomon and Stefan Baums (Early Buddhist Manuscripts Project, University of Washington Press, Seattle, 2012); Buddhist Art of Pakistan and Afghanistan:The Royal Ontario Museum Collection of Gandhara Sculpture (University of Toronto, Centre South Asian Studies, 2003); and Weaver of Worlds: A Woman’s Journey in Tapestry (Inner Traditions International, Destiny Books, Rochester Vermont, 1991).