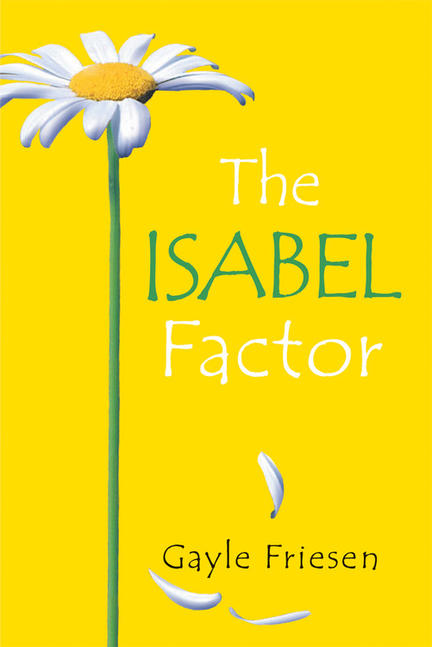 When the fearless Zoe breaks her arm in a fall, Anna must brave summer camp --- and her debut as a Counselor In Training --- without her best friend. Going it alone is not something Anna is ready for. Cruising along in Zoe's shadow had been comfortable, but now Anna is out in the full glare of the sun. There's no hiding from harsh truths and plenty of people to point them out. Take Karim, the swim instructor, who has suddenly turned gorgeous but obviously hates Anna.

And Anna's new friend and cabinmate Isabel --- rainbow hair, sharp tongue and no boundaries. Sooner or later Anna will have to face another hard truth: things have changed between her and Zoe and there's no going back into the shadows. But where can Anna hide when just being herself isn't nearly enough?

GAYLE FRIESEN is the award-winning author of five novels for young adults, which have garnered critical acclaim in both Canada and the United States. The Valley is her first novel for adults. She lives in Delta, British Columbia, with her husband and two children.

A stylish writer with easygoing wit ... Aside from being an enjoyable read, this may cause similarly self-underestimating readers to reconsider their own strengths -- a good thing indeed.

Dialogue is conversational and realistic... The theme of identity and maturing friendships is worthy of exploration.

Anna and Zoe have been best friends since forever. Often referred to as two sides of the same coin, Zoe is fearless and daring, while Anna is content to remain on the sidelines, and to place herself squarely in Zoe’s shadow. Both girls are looking forward to their summer as Counselors in Training, and to one last summer of childhood at the camp they’ve gone to for several summers. When Zoe breaks her arm on a dare and is unable to go to camp, Anna must face the summer alone and face the hard truth that nothing stays the same forever – not even friendship.

Two-time Red Maple Award-winner Gayle Friesen has produced another gem of a novel for young adults. Narrator Anna is a genuine character to whom readers will relate. At first, her identity is wholly wrapped up in Zoe, and it becomes painfully clear that this is how others see her as well. Ironically, it is through the friendship she forms with outsider Isabel that brings to light some truths about herself, and her relationship with Zoe. The complicated dynamics of friendship are well drawn and the reader is never given the sense that the author is taking sides. The backdrop for the novel is equally fitting, serving to enhance and heighten the emotions being so vividly played out in this story.

By and large, Friesen does not disappoint, and readers will be satisfied with a conclusion that is neither too brutal nor too sappy. Like Baby Bear’s porridge, this one is just right.

Anna hides in her friend’s shadow, until summer camp changes things. Now she must face some harsh truths. The acclaimed author addresses themes of independence and friendship.

Other titles by Gayle Friesen