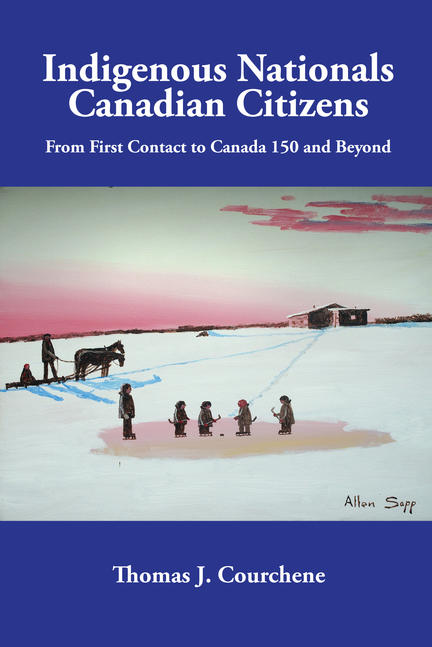 Indigenous Nationals/Canadian Citizens begins with a detailed policy history from first contact to the Sesquicentennial with major emphasis on the evolution of Canadian policy initiatives relating to Indigenous peoples. This is followed by a focus on the key Supreme Court decisions that have dramatically enhanced Indigenous peoples' legal and constitutional rights. Attention is then directed to the Truth and Reconciliation Commission and the associated "Calls to Action," including their relationship to the United Nations Declaration on the Rights of Indigenous Peoples.

With this as backdrop the focus turns to envisioning a brighter future for First Peoples beginning with the adoption of an analytical framework. After rejecting Indigenous nationals, Indigenous citizens (the traditional AFN position) and Canadian nationals, Canadian citizens (the Chrétien-Trudeau White Paper proposal), the chosen framework is Indigenous nationals, Canadian citizens. The two penultimate chapters address the manner in which this model has been successfully applied to the 14 Yukon First Nations as well as to the four Inuit land claims agreements.

The final substantive chapter applies the Indigenous nationals, Canadian citizens model to the 70-plus First Nations in Saskatchewan (referred to as CSIN, the Commonwealth of Sovereign Indigenous Nations). In essence, CSIN would embrace provincial-type powers within, and closely integrated with, the province of Saskatchewan. Among other features, CSIN would embody the requisite degree of scale economies, self-government and property rights that are essential for Saskatchewan First Nations to successfully make the transition to Indigenous nationals and Canadian citizens.

Thomas J. Courchene is Jarislowsky-Deutsch Professor and director, Institute of Intergovernmental Relations, at Queen's University and senior scholar, Institute for Research on Public Policy, Montreal. John R. Allan is the associate director of the I

Other titles by Thomas J. Courchene

Canada: The State of the Federation, 2008

Open Federalism and the Spending Power

Canada: The State of the Federation, 2009

Transitions: Fiscal and Political Federalism in an Era of Change

The Governance in a World without Frontiers

Governance in a World without Frontiers

Celebrating the Ideas and Influence of 1999 Nobel Laureate Robert A. Mundell