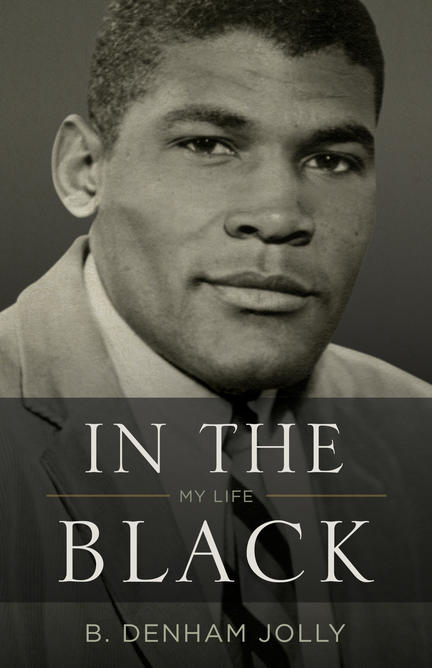 Winner of the 2017 Toronto Book Award

In the Black traces B. Denham Jolly’s personal and professional struggle for a place in a country where Black Canadians have faced systematic discrimination. He arrived from Jamaica to attend university in the mid-1950s and worked as a high school teacher before going into the nursing and retirement-home business. Though he was ultimately successful in his business ventures, Jolly faced both overt and covert discrimination, which led him into social activism. The need for a stronger voice for the Black community fuelled Jolly’s 12-year battle to get a licence for a Black-owned radio station in Toronto. At its launch in 2001, Flow 93.5 became the model for urban music stations across the country, helping to launch the careers of artists like Drake.

Jolly chronicles not only his own journey; he tells the story of a generation of activists who worked to reshape the country into a more open and just society. While celebrating these successes, In the Black also measures the distance Canada still has to travel before we reach our stated ideals of equality.

Brandeis Denham Jolly is a Jamaican Canadian businessman, publisher, broadcaster and civil rights activist and author of In the Black: My Life. For many years he was the president of Milestone Communications.

“The memoir of Denham Jolly, In the Black, is a very important book; it’s well written and a must-read for anyone interested in a more just society.” — Honourable R. Roy McMurtry, OC, O. Ont., QC LSM, Former Chief Justice of Ontario

“Read this dynamic history of a leader who has given much to the development of Canada's Black Community. We have made progress as Black Canadians because of the activism and advocacy of this giant of a man. Read his interesting life journey and his determination to give voice to the issues of the day. Denham Jolly has shown that with hard work, determination, and a readiness to ‘buck the system’ — to stand up for and with the community on social issues and injustice — one can accomplish much. This story of his life and his accomplishments is a must read for all who engage with their communities.” — Honourable Jean Augustine, PC, CM, CBE, Former Deputy Speaker Canadian House of Commons

“In the Black is a must-read. In the face of one closed door after another, Jolly’s perseverance against the odds is fascinating to observe. In the Black isn’t just a broadcasting story, but also one of struggle, of the strength of the human spirit, and of ambitions realized. This book should be required reading for business schools, or for anyone with entrepreneurial aspirations.” —Gary Slaight, CM, President and CEO of Communications Inc.

“As a kid growing up in the GTA, and as a huge Hip Hop and R&B fan, I was introduced to Hip Hop and R&B music by FLOW 93.5. All Urban music lovers in Toronto should feel an indebtedness to its founder, Denham Jolly. To hear Drake, Kardinal, or even Jay Z on a consistent basis, you had to listen to FLOW 93.5. This book gives you great insight into Denham Jolly’s story and should inspire young people to pursue their dreams no matter what the challenges.” — Andre De Grasse, three time 2016 Olympic medallist