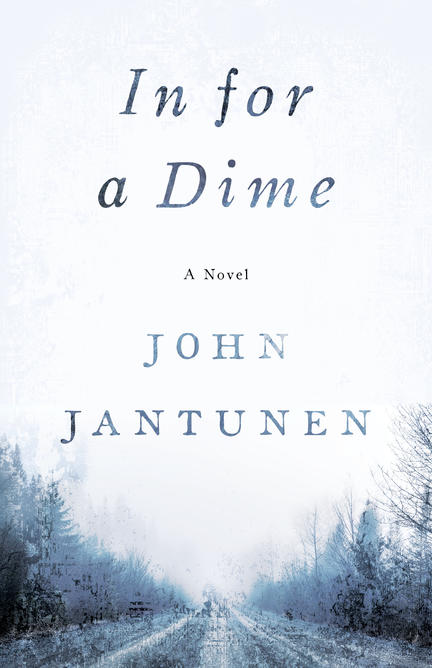 The post-apocalyptic love child of Stephen King and Cormac McCarthy

Ten years after the calamitous events set in motion by Dylan Cleary in his attempt to bring George Cleary’s last novel to life, Deacon Riis has settled back into the rather sedate life of a small-town reporter. That is, until he’s invited to a New Year’s Eve Party by Dylan’s sister Crystal, who’s now a successful writer/producer behind a wildly popular horror movie franchise and for her next big budget slasher flick she’s chosen to adapt one of her grandfather’s apocalyptic thrillers.

On the drive up to his sister’s retreat in northern Ontario, Deacon receives a text that reads, It has begun again. D. True to his word, Dylan is even then orchestrating an apparently random and increasingly savage series of attacks culled from his grandfather’s last fiction and Deacon’s only hope of avoiding a similar climax as the one that saw much of Mesaquakee reduced to ash will be to go all-in like Dylan, even if it means sacrificing everything he holds dear.

John Jantunen has lived in almost every region of Canada and currently resides in Kingston, Ontario. His first novel, Cipher, was shortlisted for a 2014 Kobo Emerging Writer Prize in the Mystery category and No Quarter was nominated for a 2019 Shamus Award.

Excerpt: In for a Dime: A Novel (by (author) John Jantunen)

One ‘interview’ in particular had stuck in his mind all these years. It was in the late seventies — he couldn’t remember the exact date — and the ‘suspect’ was a brash young Native man who’d been picked up the night before for smoking a joint outside The Albion. He’d ‘resisted’ arrest and by the time Mason had come to speak with him, his face looked like it had been used as a battering ram to open his cell door. He was missing his front teeth and his nose was a gaping wound and he was having trouble breathing, likely the result of a broken rib, or two.

Still, Mason had gone through the motions of asking him if he knew anything about a fifteen-year-old girl from the reserve who’d last been seen hitchhiking back from the Maynard Falls General Store.

You should ask yer buddy about that, the young man had replied, with a defiant air belied by his condition.

Him that was just in here… beatin’ on me. Last anyone ever saw of her, she was gettin’ into the back-a his cruiser.

Mason had heard plenty of such ‘unfounded’ accusations before and knew better than to include it in his report. And neither did he include it in the report he’d filed a few days later when the same man turned up floating face down in The Moose River, the first time anyone had seen him since he’d been released after his ‘interview’.

All those years, Mason thought, you turned a blind eye in the name of preserving the peace, except that wasn’t really the reason — there was no use denying it now. You did it because it was just easier to say nothing than it was to face the truth.

He’d never thought much about it before but over the years it would have had to have taken thousands of police officers across the country doing the same, and worse, with everyone else turning the same blind eye as him, all of us telling ourselves we were looking out for their best interests when all we were doing was looking out for our own. Seeing now that all we’d really accomplished was clearing a fertile breeding ground for home-grown monsters like the Kraniches and Robert Pickton and for untold serial predators — some of them cops — given free range as long as they kept their killing ways confined to ‘Indians’.

And then, finally, when The Truth did rear its ugly head and we could no longer deny the scope of the violence, how did we respond? By dismissing our transgressions as a mere trifle, nothing but a loose thread to be snipped when in reality it’s what’s woven, and continues to weave, the very fabric of who we are as a nation.

It’s no wonder we’re all so fucked up, Mason thought and that was bookended by another, no less pervasive: Oh well, it’s too late to do anything about that now.

“Jantunen writes with full frontal force and honesty … a horror film journey that is all too real, with a great Canadian twist.” — Robert Rotenberg, bestselling author of Downfall