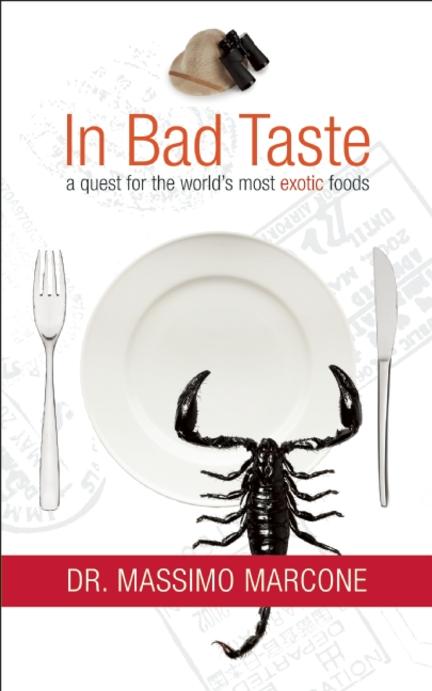 Why would anyone pay $600 per pound to drink coffee brewed from coffee beans extracted from the feces of a cat-like creature? Or drool over a slice of cheese infested with squirming with maggots, or salad-dressing oil pressed from argan nuts excreted by goats? Dr. Massimo Marcone investigates and reveals the hidden secrets behind these bizarre foods. The objects of his curiosity are simply variations people commonly enjoy--coffee, cheese, oil, mushrooms, and caviar. Intuitively one would expect that once Dr. Marcone had revealed their secrets, no one would go near nor even eat them, let alone pay a small fortune for the privilege, but many people do! Part travelogue, part scientific investigation, Dr. Marcone describes his journeys into remote regions around the world, often risking life and limb at the hands of rebel warlords, corrupt police, international smugglers, and hungry crocodiles. His travels to Indonesia and Ethiopia in search of Kopi Luwak &ldquo;scat&rdquo; coffee, to Morocco for argan oil, Malaysia and Hong for edible bird&rsquo;s nests, have led many to call him the &ldquo;Indiana Jones&rdquo; of the food world. His investigations lead to fundamental questions: Why do people eat this food, and what makes it a delicacy? Is it a delicacy simply because it is rare or odd? Why is it so expensive? Is it truly quantifiably different or better than their more conventional varieties? Although not every reader is ready, or even willing to try the delicacies described in this entertaining book, all will surely consume them if only as &ldquo;food for thought&rdquo;. &ldquo;Buon Appetito&rdquo;!

Dr. Massimo Marcone is an adjunct professor of food science at the University of Guelph. He has become a well-known and recognized media contributor, educating people of all ages on the science behind what they eat. He appears regularly in the media, and is consulted regularly on controversies in the world of food.

Other titles by Massimo Marcone

On the Trail of the World's Most Sought-After Delicacies

The Adventures and Science Behind Food Delicacies