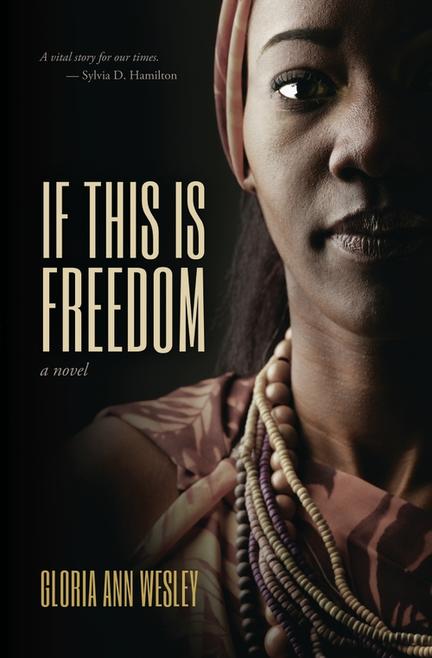 If This Is Freedom continues the story of struggle for Loyalist settlers in Nova Scotia after the American Revolutionary War. In the black settlement of Birchtown, times are especially hard for the former slaves. They face the difficulties of a hardscrabble existence and continued discrimination from their white counterparts.

Like many desperate Birchtowners, Sarah Redmond has signed an indenture agreement, a work contract meant to protect her rights and ensure a living wage. Sarah’s employers, the Blyes, do not honour the agreement, and Sarah and her family are all but shattered when Sarah takes a wrong step — one she will come to regret as it sets off a chain of unusual events that put her under further pressure. With her faith in the settlement running dry and the Birchtowners abandoning the settlement, Sarah is perplexed and soon faces the taxing option of whether to hold on to the only real life she has ever known or let go.

At once a stand-alone story and a companion to Gloria Ann Wesley’s previous novel, Chasing Freedom, this story about moral courage and the enduring strength of dreams shares history with us in a way that is both honest and emotional.

Gloria Ann Wesley is an African Nova Scotian writer who published her first book of poetry, To My Someday Child in 1975. She later published Woman, Sing (2002) and Burlap and Lace (2007). Her first young adult fiction, Chasing Freedom, was published in 2011.

Wesley’s poetry appears in three Canadian anthologies: Canada in Us Now (Harold Head, 1976), Other Voices: Writings by Blacks in Canada (Lorris Elliott, 1985) and Fire on the Water (George Elliott Clarke, 1992). Gloria Wesley holds the distinction of being the first published Black Nova Scotian poet (by Resolution of the Nova Scotia Legislature, 5 April 2007).

Other titles by Gloria Ann Wesley

An African Nova Scotian Community Is Demolished — and Fights Back