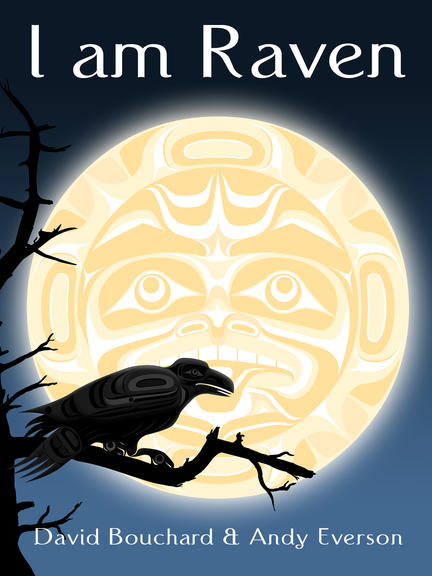 I am often asked how a person comes to know their totem. When I am, I answer by asking this question: "If at night, before you close your eyes to travel to your dream time, if then you picture one of your wild cousins to whom you might ask guidance or give thanks, what would it be?" More often than not, your totem will be there, right before your eyes. You do not have to get fancy, just close your eyes and let it come to you. Chances are it will. It did for me. Written by Métis author, David Bouchard and illustrated by west coast First Nations artist Andy Everson, I Am Raven explores the world of totems and animal spirit guides. A great, kind and wise chief decides to erect a new totem pole. Knowing that he will soon die, the chief wants the pole to be representative of him but also to reflect the importance of others in his life. A series of birds and animals then try to convince the chief that their image should be carved into the chief’s totem pole. I am Raven was the winner of the 2008 Moonbeam Children's Book Awards Gold Medal for best Multicultural Picture Book.

Other titles by Andy Everson