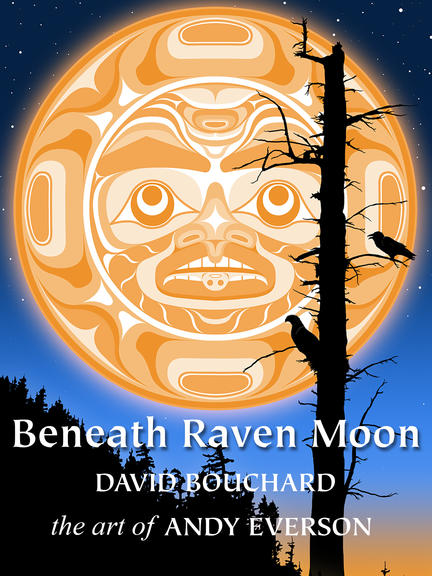 There are as many Creation stories as there are First Nations on Turtle Island. The story of a Great Flood is known to indigenous people in every corner of the world. But what about the Moon? Who made her? What was her intended purpose? Beneath Raven Moon is an enchanting tale of the creation of Grandmother Moon and of the first time she wove her spell on a young, unsuspecting couple. The story unfolds in the territory of the Kwakwaka’wakw people – now also known as British Columbia’s Inside Passage – where Raven and Eagle join together in good-natured conspiracy to foster a heart-warming romance. Follow the magical vision of Métis author David Bouchard and Kwakwaka’wakw artist Andy Everson to learn why Raven found it necessary to bless us with the heavenly sphere that guides we two-leggeds and illuminates our night sky.

Other titles by Andy Everson

A Story of Discovery