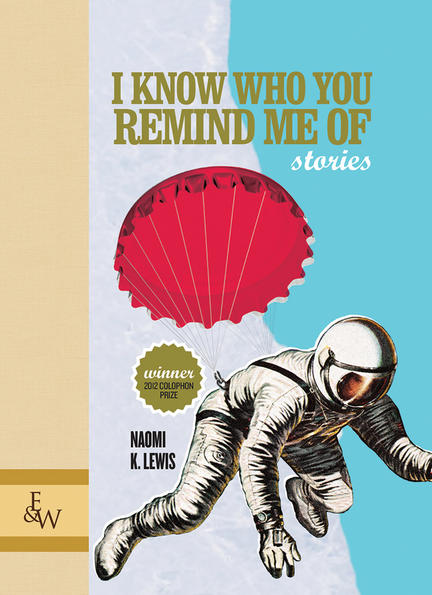 Original and effortlessly clever, the stories in I Know Who You Remind Me of capture the sensibility of a generation with no cultural inhibitions to overcome. Naomi K. Lewis's characters bear the battlescars of adolescence and early adulthood - scars left when one classmate impersonates another in Internet pornography; a lover donates his eyeball in the heat of passion; sibling rivalry escalates into a low orbit. For these characters, everything is straight-on, never coy, and often deliciously funny.

Naomi K. Lewis was born in England, lived in Washington DC, and grew up in Ottawa. Her stories have been published in The Fiddlehead, The New Quarterly, the Antigonish Review, Prairie Fire, and Grain. "The Guiding Light," a chapter of the novel that began as a story, won The Fiddlehead Fiction Prize in 2007. Lewis now lives in Edmonton. Cricket in a Fist is her first book-length work of fiction.

"Full of sympathy and hilarity, the absurd and the unexpected, I Know Who You Remind Me Of is a treat to read." - Saleema Nawaz, author of Mother Superior

"Naomi Lewis writes with x-ray wit and nervous elan, and her audacious stories portray our world as it is, vicious and sumptuous."- Mark Anthony Jarman

"From its title onward, the debut story collection by Naomi K. Lewis is about forging a future in order to spite one’s past." - The Edmonton Journal

"Flowing seamlessly from the tragic to the hilarious, the nine unusual tales set mainly in Canadian cities, are eccentric and original." - Winnipeg Free Press

Other titles by Naomi K. Lewis

In Case Of Fire

Cricket in a Fist